Easter church services took place via video link on Sunday as Christians around the world celebrate the most joyous day in their calendar. Churches remain closed to the public and much communal worship is banned as part of social distancing measures introduced to limit the spread of coronavirus.

Pope Francis, head of the Catholic Church, avoided his traditional appearance in St Peter's Square in the Vatican. The piazza would normally be filled with thousands of Catholics and layered with flowers, but the world's 1.3 billion Catholics were banned from entering the square.

Instead, they were able to watch the pontiff's Easter Sunday Mass livestreamed from inside the basilica. 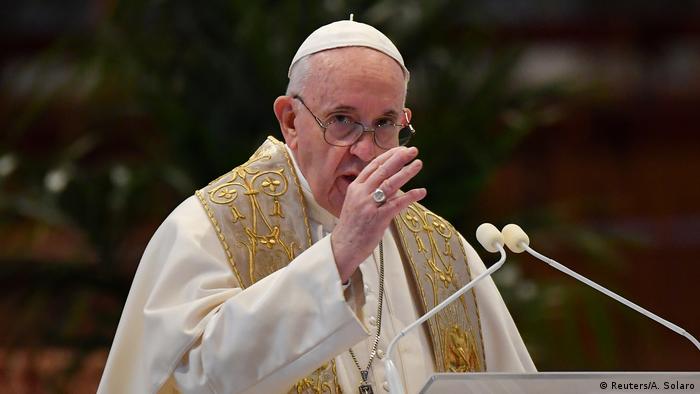 "Today my thoughts turn in the first place to the many who have been directly affected by the coronavirus: the sick, those who have died and family members who mourn of the loss of their loved ones, to whom, in some cases, they were unable to even bid a final farewell," Francis said.

He also called for European "solidarity" in the face of the crisis and the reduction or forgiveness of poor nations' dates.

Church service — from the kitchen

In London, the head of the Anglican Church, Archbishop of Canterbury Justin Welby, addressed Anglicans around the world in a sermon recorded in the kitchen of his apartment.

Welby paid tribute to the UK's National Health Service and called for a "resurrection of our common life" once social distancing measures are reduced.

"Even in this time of loss, we believe in life," he wrote on Twitter.

At Jerusalem's Church of the Holy Sepulchre, where many Christians believe Jesus was crucified and entombed, Archbishop Pierbattista Pizzabella spoke supportively to the faithful.

"Despite the sign of death and fear that we are seeing everywhere all over the world, we have to look at all the good at all those that are giving their lives for the others," he said. 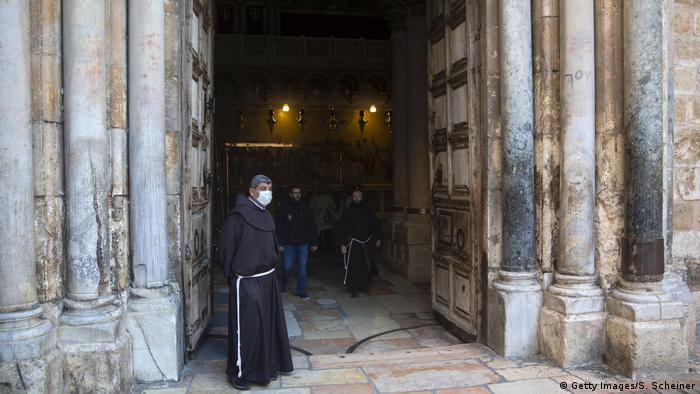 Read more: Religious celebrations in the time of coronavirus

Sri Lanka's Catholic Church said it had forgiven the suicide bombers behind the attacks that killed at least 279 people and wounded almost 600 last Easter.

Cardinal Malcolm Ranjith made the comments in an Easter mass broadcast from a TV studio. "We offered love to the enemies who tried to destroy us," he said.

"We forgave them," he said, stressing Jesus' message of hope and love.

On April 21, 2019, suicide bombers targeted three churches and three luxury hotels. At least 135 people have been arrested in relation to the attack although none have been charged yet.

Amid the debate about coronabonds, the Spanish government wants to push through long-term financial measures to help the poorest. The idea perturbs even economists in Spain, as Stefanie Müller reports from Madrid. (12.04.2020)

Germany's president calls for patience, solidarity in face of pandemic

German President Frank-Walter Steinmeier has called efforts to curb coronavirus a "test of our humanity." It is the first time a German president has formally addressed the nation on television other than at Christmas. (11.04.2020)

The Vatican announced Wednesday it would reduce the salaries of religious at the Holy See to stave off job cuts as the coronavirus continues to hammer the Catholic Church's bottom line.

On a historic trip, the pontiff urged Christians to stay in Iraq and prayed for "victims of war." Both Muslims and Christians told the pope of their lives under a violent "Islamic State" rule.