Chinese book prize winner hits out at East and West

The dissident Chinese author Liao Yiwu has picked up the German Book Trade Peace Prize at the Frankfurt Book Fair. In his speech, the writer took aim not only at the Chinese government but also the business-minded West. 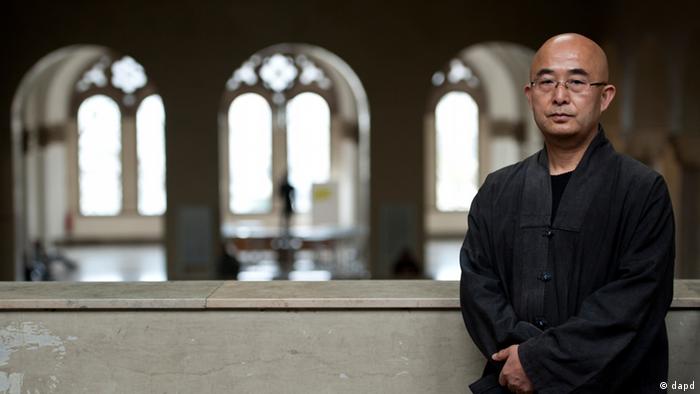 In a speech as he collected the prize on Sunday, Liao condemned the Chinese leadership for "bloody suppression" of critics, particulary after the 1989 Tiananmen Square massacre.

He also used the opportunity to condemn Western nations for a perceived hypocrisy in doing business with China in a misguided belief that it would help to liberalize the country.

"Around the world, the prevailing opinion is that the economic upturn of China will inevitably bring with it political reforms that will make a democracy out of a dictatorship."

"For this reason, all those countries that imposed sanctions against China at the time of the Tiananmen massacre now want to be the first to shake hands with the executioners and do business with them. This is the case even though this same executioner continues to kill and imprison people."

Liao also rejected China's territorial claim to Tibet, saying that it had traditionally been regarded as a separate entity.

"This big empire must break apart, for the peaceful well-being of all humanity and for the mothers of Tiananmen," he said. The ceremony was attended by German President Joachim Gauck.

'A voice for the people'

Liao spent four years in jail after he wrote the poem "Massacre" about the Tiananmen Square crackdown. His writings are banned in China.

The 54-year-old is also the author of "The Corpse Walker," which describes the lives of ordinary Chinese people, including a grave robber and a deluded peasant who imagines himself to be an emperor.

Gottfried Honnefelder, the president of the German Booksellers' and Publishers' Association, praised Liao as someone who had "restored a voice to the people of his country suffering from repression and oppression."

Liao, who receives 25,000 euros ($32,000) along with the award, was named as the recipient in June, prompting China to condemn his nomination. Beijing claimed the writer had "continued to fabricate stories to receive sympathy and support."

On Saturday, in an interview published by the German news magazine Spiegel, Liao criticized the Chinese author Mo Yan, who this week won the 2012 Nobel Literature Prize, as a "state poet" who is close to the communist regime.