Chinese authorities have released from prison a dissident poet who was convicted on the basis of information provided by US internet giant Yahoo!. The case foreshadowed current controversies about internet surveillance. 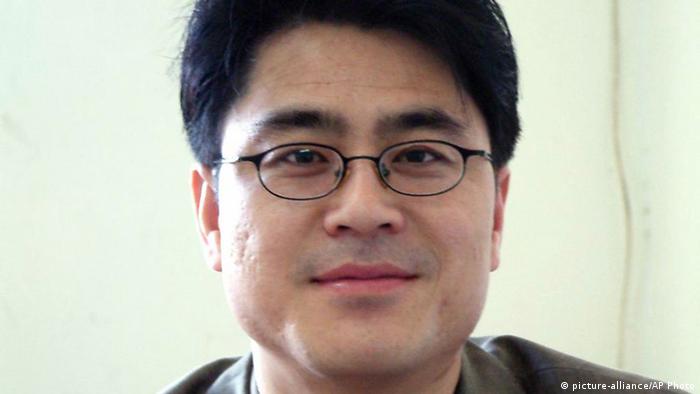 International writers' groups said on Sunday that China had released Shi Tao on August 23. That was 15 months before he was due to complete his 10-year prison sentence imposed for leaking state secrets.

The reason for Shi's early release was not given.

Shi, 45, was arrested in 2004 and sentenced to prison one year later on charges of sending a secret government memo containing information about a crackdown on democracy advocates to overseas organizations.

At the time, Yahoo! executives said they were legally obliged to divulge information about their users to the Chinese government and that they were unaware it would be used to convict dissidents.

Snowden's latest disclosures shatter the last remnants of hope for privacy in the digital age. This should alarm even those who don’t mind intelligence services reading their Facebook page, says DW's Michael Knigge. (06.09.2013)

However, Yahoo! later apologized for having handed over Shi's emails to Chinese authorities. In 2007, the company settled lawsuits brought by the families of Shi and of another dissident, Wang Xiaoning, who was also convicted, partly on the basis of information the internet firm had provided.

Wang was jailed in 2003 for writing pro-democracy essays and criticizing China's one-party Communist rule using his Yahoo! email account. He was released from prison last year after serving his sentence.

In a statement issued on Sunday, the head of PEN International's Writers in Prison Committee welcomed Shi's early release.

"Shi Tao's arrest and imprisonment, because of the actions of Yahoo China, signalled a decade ago the challenges to freedom of expression of internet surveillance and privacy that we are now dealing with," Marian Botsford Fraser said.

Pen International quoted Shi as saying that he had been treated "relatively well" in prison and had continued to write.

In 2007, Shi was given the Golden Pen of Freedom Award by the World Association of Newspapers. In addition to his work as a poet, he also worked as freelance journalist contributing to a newspaper in the central city of Changsa.