Chinese authorities have put coastal areas of Zhejiang province on high alert ahead of a strong typhoon. Winds and rain from Typhoon Lekima have already battered southern Japan and Taiwan. 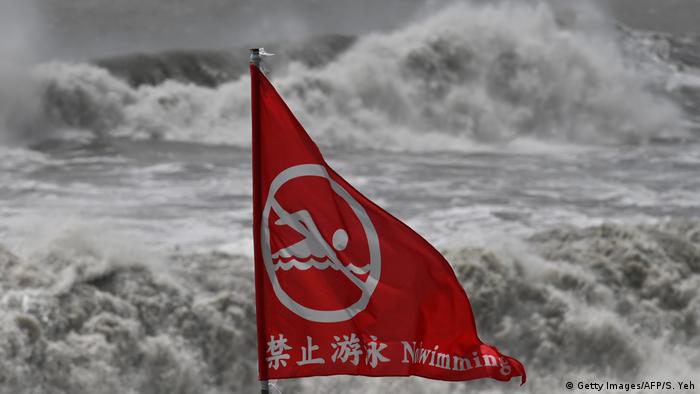 China on Friday issued the most serious alert in its four-tiered typhoon warning system, with Typhoon Lekima expected to bring heavy rain to Zheijiang, Shanghai and nearby provinces before making landfall on Saturday morning.

The red alert has prompted authorities to prepare evacuations and suspend train and air travel. Seafaring vessels are also required to return to port. The typhoon is forecast to send an intense storm surge up the Yangzte River, causing possible flooding.

The National Meteorological Center said Lekima was currently traveling northwest at 13 kph (8 mph) over the East China Sea and carrying winds of 209 kph (130 mph). The storm is expected to weaken after hitting land and moving north. 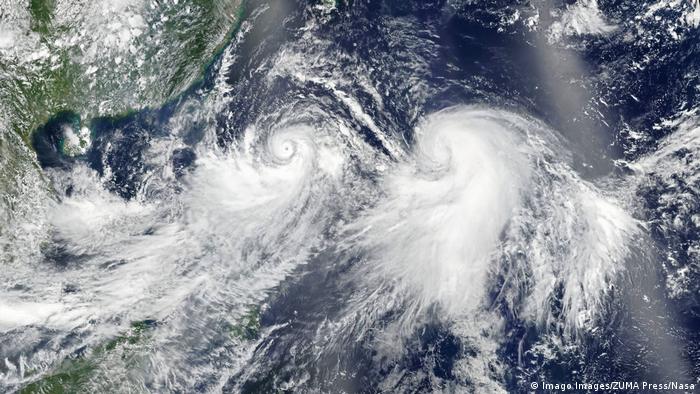 Lekima brought heavy rains and damaging winds to both southern Japan and northern Taiwan on Friday, with one resident of Taipei killed, according to Taiwan's Central Emergency Operation Centre (CEOC).

Hundreds of international and domestic flights in Taiwan were canceled and some ferry services suspended, while damaged power poles left tens of thousands without electricity late on Thursday.

Heavy rains have been forecast for the coming days even though the storm has moved on.

In Japan, nearly 70 flights and more than 150 ferry services were canceled in the Ryukyu Islands system. The Okinawa Times newspaper reported that at least four people were injured.

More than two dozen crew members are missing after a typhoon broke up their ship off Hong Kong. Harsh weather is hampering rescue efforts.

Thousands have fled their homes in the Philippines as one of the country's strongest storms of the year made landfall. Officials say some 10,000 villages lie in the projected path of the typhoon.