China is losing sight of its values, says Goethe-Institut president

The Goethe-Institut's president, Klaus-Dieter Lehmann, says a focus on money is distracting from traditional values in countries like China. He talked with DW about how dialogue can overcome cultural deadlock. 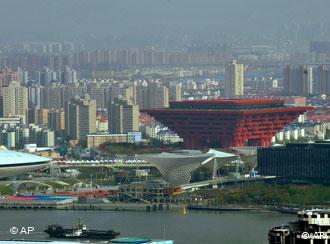 Emerging powers like China are focal points for the Goethe-Institut, said Lehmann

Deutsche Welle: The Goethe-Institut has its 60th anniversary in 2011. That's reason for celebration and also an occasion to look ahead. What are the major challenges you see in the coming years?

Klaus-Dieter Lehmann: The challenges change, just as the locations of the world's centers and peripheries shift. The euro-centric outlook is outdated. As we know, China is on the rise, along with India and Brazil. In times where the economy is changing dramatically, societies change too. A middle class is going to emerge there, and the middle class involves people being able to exercise much more concrete control over what form their lives take. And then culture and art come into play.

You spoke about the economic developments in countries that are gaining importance on the world stage. Do you also think a shift in value systems will take place, or that various value systems may come into competition?

That's hard to judge. It's clear that the outlook right now is heavily shaped by economic factors. Take China, for instance. There, it's all about growth rates and the possibilities for satisfying the people and allowing everyone to earn more money and acquire more things and so forth. But what is falling out of sight is the canon of values. Either the discussion about values is not allowed or a kind of fundamentalism develops, like we are seeing in some Arab countries. We at the Goethe-Institut have to try and deal with those developments.

It's probably also a question of how to position oneself in terms of the values of the Enlightenment in Europe.

Enlightenment is the right word to bring up. I think that we can definitely achieve something by using those values to get beyond some really quite dire situations. Enlightenment didn't come easily in western Europe, and it took a long time - hundreds of years - for these ideas to develop and be spread here.

There must be a possibility for communicating these ideas in a form that's suited to dialogue. It's a good approach, I think, to make it clear that these values can also be important for planning one's life and that there are individual opportunities to employ them even without the cooperation of an entire state.

How might that be possible - concretely in China, for instance?

The true opposition in China comes from the artists and cultural figures. The Goethe-Institut works closely with exactly that demographic. But we do so by way of showing examples from our lives and our modes of expression. Those examples serve primarily as a means of orientation and to provoke thought. It has to be a very sensitive and slow process. 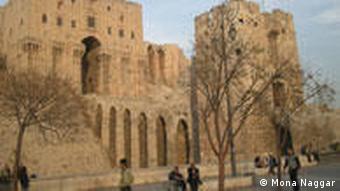 The Goethe-Institut most recently opened an office in Aleppo, Syria

Can you give an example of where the Goethe-Institut has been being thought-provoking?

In China, the typical model of teaching is very authoritative. The teacher stands in front of the class, lectures, and the students take down notes. We've presented an alternative: more dialogue-based form of teaching in schools that are partners of the Goethe Institute. There, pupils and the teacher converse, and the pupils can come up with their own ideas, present them, evaluate them and engage in debate. That's a small example, but it shows how a measure can be taken without pointing any fingers.

When it comes to such a big power like China, couldn't it be that the country says, we don't really want to have anything to do with the European Enlightenment, we want to defend our own values?

All I want is for people to reflect on their values. Right now, people are only thinking about money. And that's disastrous for a society. Because as soon as money stops rolling in, the society will break down and look critically at its behavior. That's when thinking about values will clearly take on importance. But the process of reflection can be about great Chinese traditions and philosophers; after all, there's also a concept of the Chinese Enlightenment.

Do we end up then in a kind of cultural relativism, where certain values become questionable because they'd be viewed differently in another culture?

I'm in favor of a compromise. I don't believe in cultural universalism because it reduces our world to something less rich than it is. Insofar as cultural relativism enables dialogue, sharing and reflection, then I support it. But, for much too long, cultural relativism had the effect of partitioning cultures off from each other. That doesn't work. We have a globalized world. We also have wealth in the world, but that only becomes clear to those who are able to take part in it.

Berlin has long been a magnet for international artists but in recent years a growing number of artists from China are making it their new home, combining Western European influences with traditional Chinese imagery. (07.12.2010)

Presenting works and ideas from the Enlightenment period, the exhibition unveils the visual world of the western pre-modern era. Despite cultural differences, it is expected to generate great public interest in China. (30.11.2010)

Just like its economy, China's urban centers are growing rapidly. The German photographer Hans-Georg Esch currently has an exhibition in Cologne that provides an insight into China's urbanization. (22.09.2010)