A Chilean judge has charged six people for the assassination of former President Eduardo Frei Montalva in 1982. Court documents show the murder was instigated by the right wing regime of Augusto Pinochet. 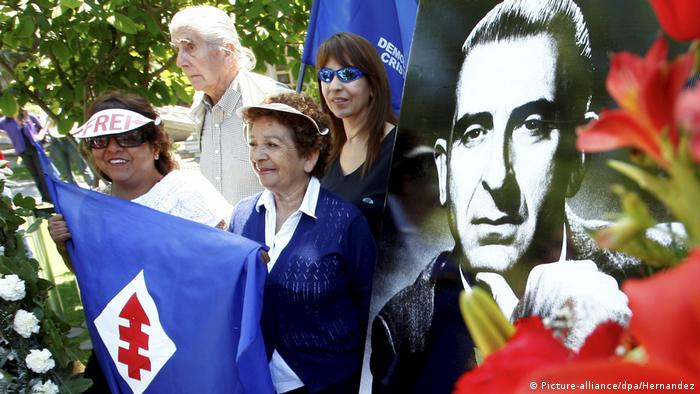 Judge Alejandro Madrid on Friday once again moved to resolve the unresolved murder of former Chilean President Eduardo Frei Montalva, who governed Chile from 1964 to 1970 and was assassinated in 1982.

Madrid charged six people - four doctors, an intelligence agent and Frei's chauffeur - of carrying out or abetting in the former president's murder.

The judge had originally brought the charges against the same six men in 2009, but the charges were later dismissed.

Chile: The Long Road to Reconciliation

However, an exhumation of Frei Montalva's remains last year, ordered by Madrid, revealed that the former president had been poisoned by "toxic substances" that were gradually introduced into his body. The findings strengthened the judge's case against the accused.

Lawyers representing the six men did comment on the charges.

A thorn in the Pinochet dictatorship

"Today, we've learned of the judge's decision, and we're very moved," Frei Montalva's daughter, Carmen Frei, said. "All of this because my father had a conscience. Because he acted firmly before the military dictatorship because he had come to be a threat as he wanted to return to democracy."

Frei Montalva initially supported the overthrow of his successor, socialist Salvador Allende in 1973 - a move that brought the Pinochet dictatorship to power. However, his support for Pinochet's regime quickly soured, and he subsequently became one of the most prominent figures in Chile's pro-democracy movement.

Since Pinochet's death in 2006, prosecutions of crimes committed during the dictatorship have picked up, as support for the former dictator, once strong in Chile's conservative circles, has begun to fade.

Pinochet himself never stood trial for the human rights abuses carried out under his dictatorship. In his 17 years of rule, some 3,000 people were killed or disappeared, while another 28,000 were subjected to torture.