Thousands of people have been told to leave their homes in Chile, with wildfires raging out of control near the cities of Valparaiso and Vina del Mar. Several firefighters have been injured. 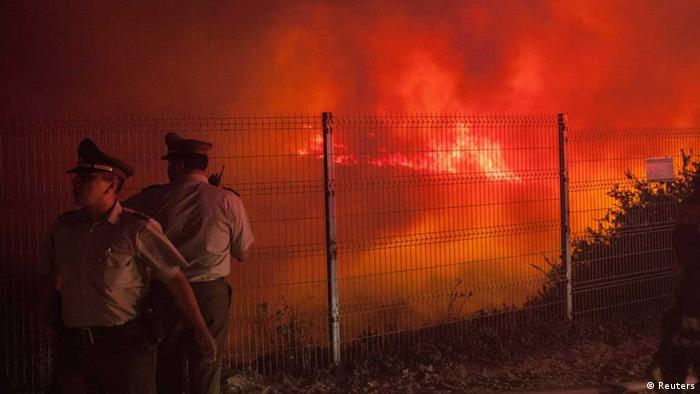 Authorities ordered the evacuation of some urban areas as fires threatened two of Chile's largest coastal cities, fanned by high winds blowing toward the Pacific.

Around 4,500 people have been moved, and a state of emergency declared for the port city of Valparaiso and nearby Vina del Mar. Fires have entered the hills areound the two cities and are threatening populated areas.

Several firefighters suffered injuries, with two in a critical condition. The interior ministry said one woman had died of cardio-respiratory causes.

The fire is believed to have begun in a rubbish dump and burnt through some 260 hectares of land.

The emergency comes just under a year after 15 people were killed in the same area by a wildfire, in April 2014, destroying around 3,000 homes.