Convicted child murderer Magnus Gäfgen has won damages over a threat by police that they would have him tortured. The court said that Gäfgen had been subject to "serious rights violations." 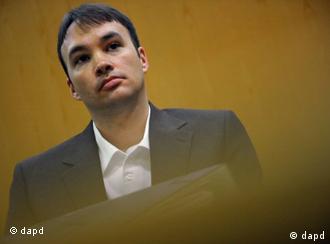 Gäfgen's rights were violated by the threat of torture

A state court in Frankfurt awarded damages of more than 3,000 euros ($4,250) to the convicted child murderer Magnus Gäfgen.

The court made the award at a hearing on Thursday on the grounds that Gäfgen’s "human dignity" was impinged upon during an interrogation by police - who had been eager to find a child they thought was still alive - in 2002.

Gäfgen, who had sued the authorities for at least 10,000 euros, claimed that an investigator had threatened him with "unimaginable pain" if he did not tell them the whereabouts of 11-year-old Jakob von Metzler.

Gäfgen said that he had been told that a specialist in interrogation was on the way to interview him. The man, he was told, was trained to "inflict more pain on me than I had ever experienced."

The 36-year-old also alleged that an officer had threatened to have him raped by a fellow prisoner. He argued that he has had psychological problems since the interrogation. 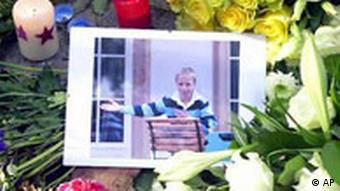 The awarding of damages was sharply criticized by the German victims' group Weisser Ring, who said that from a victim's perspective it was "not comprehensible."

The Trade Union of the Police (GdP), one of three German organizations that represent the interests of police officers, said the result was "emotionally difficult to endure." It added that police should not be deterred from using intensive techniques of interrogation as a result of the verdict.

Police organizations have defended the behavior of the officers involved, claiming that they believed there was no time to lose if they were to find the boy alive. The officers who questioned Gäfgen were convicted and fined in 2004, although their sentences were suspended.

Gäfgen, then a law student, kidnapped Jakob, the son of the prominent Metzler banking family in Frankfurt on September 27, 2002. He demanded a one-million-euro ransom ($1.4 million) from the boy's parents - after he had already suffocated their child to death.

Police in Frankfurt threatened the kidnapper Magnus Gäfgen with violence in order to gain a lead in their investigation. But Gäfgen had already murdered the victim. Now, he wants to sue his interrogators for damages. (03.08.2011)

A convicted child murderer has appeared in court to seek damages over a police threat to torture him. Magnus Gäfgen also claims he was beaten as officers tried to trace the whereabouts of his kidnapped victim. (17.03.2011)

The European Court of Human Rights has upheld the claim that torture threats made by police against a German child murderer had been in breach of his human rights. The court however ruled that he can not seek a retrial. (01.06.2010)