Roma are into the semifinals after victory over Barcelona was sealed by hero Kostas Manolas. Roma become only the third side in Champions League history to overturn a deficit of three-plus goals after the first leg. 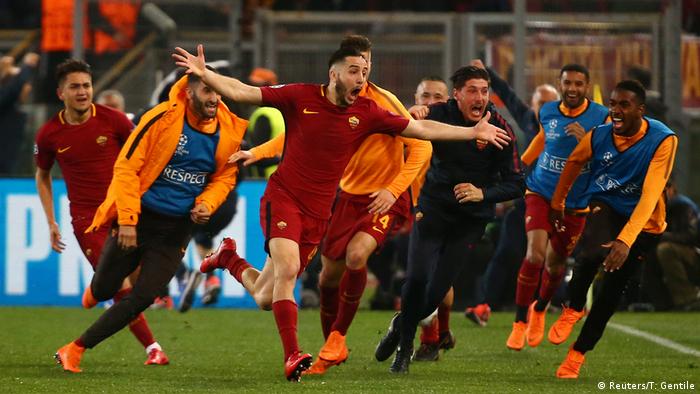 Roma sent favorites Barcelona out of the Champions League with a sensational win to reach the last four.

Edin Dzeko, Daniele De Rossi from the penalty spot and Kostas Manolas with a late header gave Roma a famous victory to send the Serie A side through on away goals after Barcelona won 4-1 at home in the first leg last week.

Barca fell behind in the sixth minute when Daniele De Rossi found Edin Dzeko for the striker to control the ball with one touch and finish with his second.

De Rossi then converted from the penalty spot in the 58th after Gerard Pique brought down Dzeko in the box, and Manolas send the home crowd into raptures with a glancing near-post header eight minutes from time, as Roma reveled in a spectacular triumph.

The Confederation of African Football has launched a new $100 million Super League aimed at boosting the game on the continent. FIFA President Gianni Infantino has backed the project, despite criticism from South Africa.