Century of film history to go on auction

A US collector has spent half a century acquiring nearly 200,000 film posters, including a valuable one from German silent film "Metropolis." Now the whole collection is going under the hammer. 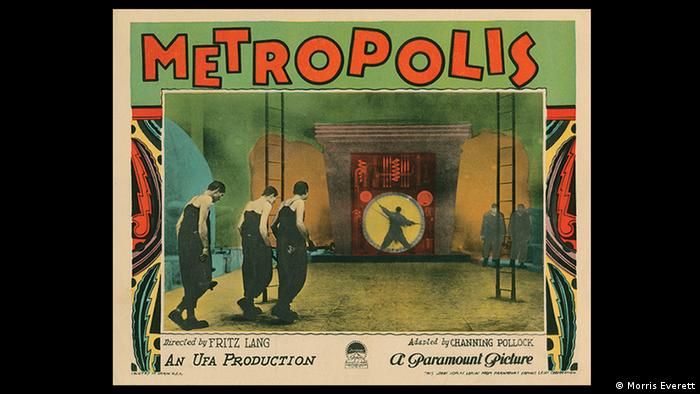 Metropolis film poster from the 1927 silent film, Germany's most expensive film in history

For the past 53 years, Morris Everett, Jr. has collected, sold and traded English-language movie posters and lobby cards, specializing in movies from the 1920s and 1930s. Everett tels DW how he amassed 196,000 pieces associated with 44,000 movie titles - and why the whole collection is going up for auction in December as a single item. The collection, estimated to sell for $8 million (6.4 million euros), will be auctioned by Profiles in History in California. Everett also owns an image service and a film poster store near Cleveland, Ohio.

DW: Mr Everett, what made you start collecting film posters?

You have a few international pieces in your collection, including two of the most famous silent films to come out of Germany, "Metropolis" (1927) and "The Cabinet of Dr. Calagari" (1920). How did you come to acquire those particular pieces? 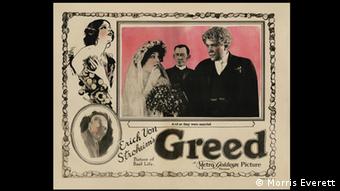 When I got "Metropolis" it was the only time in my life I was ever offered a piece on the film. It was at an auction held in New York City in 1988. The poster was part of the Forrest Ackerman Collection, who was one of the most famous people in the science fiction world. He had something like five or six lobby cards for Metropolis and, at that time, I bought this card for $5,000, which in 1988 was the most I'd ever spent on anything, ever, except maybe a car. I bought it saying I may never, ever, ever, have a chance to have something like this again. And I haven't.

I have been told that if I sold it today it would be worth somewhere between $40,000 and $50,000. I don't know if that's true or not, but that's just for one little, bloody lobby card and really, to me, that's amazing. But "Metropolis" is just such an important film historically.

[Eds.: Lobby cards are smaller posters, the size of legal paper, which told the story of a film in a series of eight to 12 posters.]

How did you acquire the lobby card from "The Cabinet of Dr. Caligari"?

I was in New York City at a store called Motion Picture Arts and a fellow named Ira Resnick, a famous collector, who has a great collection himself, had two of these cards. He had these wonderful books that you could open and flip through and I came upon these cards and I sort of was in shock that they were even available; we're talking back around 1991-1992. They were for sale and I bought them, simple as that. He was one of the few dealers that had high-end quality material because he collected himself and I am positive he probably has several cards [from the movie] because he never would have let them go if he didn't. 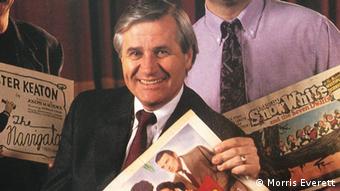 Morris Everett has been collecting posters for over half a century

When I was a kid in the 80s, if I wanted a poster that was in the theater I could just go ask the theater manager and when the film was no longer running they would give it to me. How have you acquired posters over the years?

I've been begging posters for years. There's a building here in Cleveland called the Film Building which no longer exists and hasn't for years down on Pain Avenue and that used to be where all the film distribution companies ended up. I'd go down there once a month and walk around the office and say, do you have any posters for me? They got to know me and I was harmless, I was a collector and I think I was like 22 years old or something and it worked! And then I went to all the theaters and some of them told me to go away and others told me that the popcorn seller gets a poster or something like that and others said I'll charge you 50 cents a piece.

Do you have a favorite piece in the collection, something you don't really want to part with?

I have favorite films. Probably the hardest set of lobby cards for me to get rid of is "The Adventures of Robin Hood." 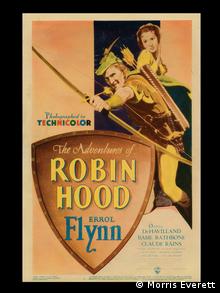 First of all the cards are from Warner Brothers. The colors are lush, just like the film - the Warner colors at that time. I love the Korngold music [Eds.: Austrian composer Erich Wolfgang Korngold]. I put that film in the blue ray player, baby, and I'm just smiling.

Describe your dream bidder for the collection.

Ideally, it will go someplace like the Motion Picture Academy, like the proposed new library which is supposed to house the Academy's collections. Or a place like the American Film Institute, or the Smithsonian or Library of Congress. Hopefully a big institution will share this with the public.

Do you have any fear that the new owners could decide to break up the collection and sell off the individual pieces for a profit?

The buyer can do whatever he or she or they or it wishes to do with it. I have had the pleasure of assembling it. I am proud of that; I'm pleased with that and that will sustain me. I am surrounded here in my store with 40,000 posters and 500,000 photos and I run auctions and conventions and I'm not leaving anything. Everything is going to go just like normal. My lifestyle won't change. I'm just going to continue to be me and continue to do what I'm doing. I would like it kept intact if possible but I have no rights.

Germany's Football Association, the DFB, has released a film about their team's historic World Cup victory. DW's Oli Moody was in Berlin to watch the first screening of "Die Mannschaft." (10.11.2014)

Did German filmmakers predict the rise of National Socialism? Rüdiger Suchsland's documentary on the topic premiered in Venice. He tells DW how film foresaw Hitler and why there should be more interest in cinema history. (04.09.2014)

Berlin is the unequivocal capital of the German film industry. So why are Sylvester Stallone and Arnold Schwarzenegger wandering the streets of Cologne? One man is responsible - and he's fighting an uphill battle. (21.01.2013)