Citizens of the CAR have voted for a new constitution that will replace a transitional charter for governing the country. Legislative and presidential elections are due to take place on December 27. 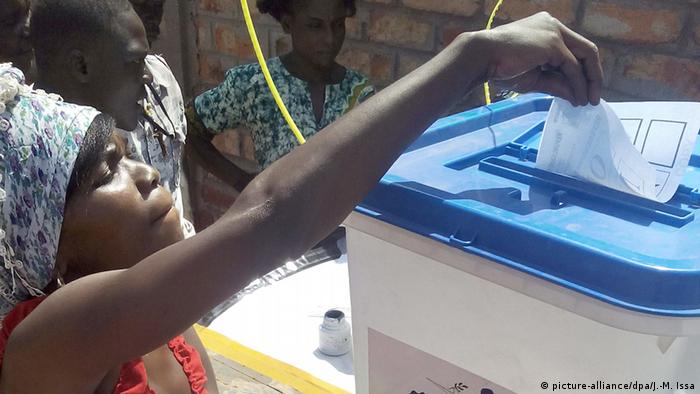 Around 93 percent of the participants in the December 13 referendum in the CAR approved a new constitution for the country, the National Election Authority said. 741,056 out of 1.9 million voters participated in the referendum, and the results were being sent to the Constitutional Court for final approval, officials told reporters. The former French colony is currently governed by a transitional charter.

According to the rules of the new constitution, members of the current legislative cannot participate in the December 27 elections. The president's term has been limited to two years and a senate will be the main legislative body. Members of parliament and the constitutional court would not have any immunity if charges of high treason are filed against them. The document also forbids "all kinds of religious fundamentalism and intolerance."

Referendum was affected by 'sporadic violence'

President Catherine Samba-Panza and Prime Minister Mahamat Kamoun are the leaders of the interim government in CAR that has been a battleground for rival Christian and Muslim Seleka rebels.

Militant groups also caused disruption on the day of the constitutional referendum, killing two people in a Muslim neighborhood and throwing hand grenades at a polling station in a school in the capital, Bangui.

Around one-fourth of the country's population has been displaced since 2013, when the militants overthrew Christian President Francois Bozize. The CAR is one of the poorest countries in the world.