Catholic Church in Rwanda apologizes for role in genocide | News and current affairs from Germany and around the world | DW | 21.11.2016

Catholic Church in Rwanda apologizes for role in genocide

In a statement, the Catholic Church in Rwanda officially said it regretted the actions of clergymen and nuns who participated in the 1994 genocide. 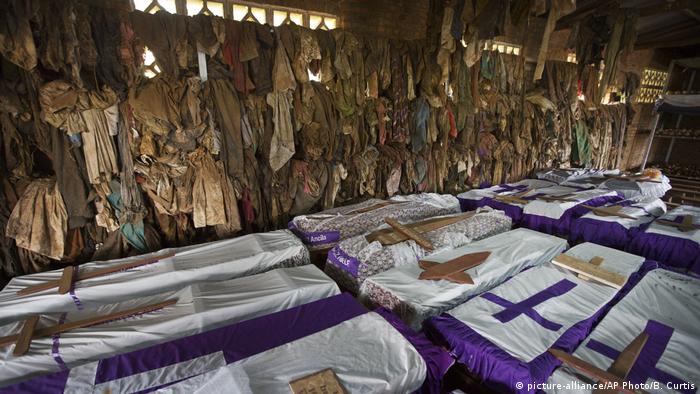 In a statement released Sunday, the Catholic Church in Rwanda acknowledged that church members planned, aided and helped executed the genocide in 1994 when an estimated 800,000 mostly Tutsis were killed by Hutu extremists.

"We apologize for all the wrongs the church committed. We apologize on behalf of all Christians for all forms of wrongs we committed," said the statement by the Conference of Catholic Bishops. The statement was meant to be read out in Catholic parishes across the country but according to reports, some churches did not oblige.

The statement was timed to coincide with the formal Sunday of the Holy Year of Mercy declared by Pope Francis to encourage greater reconciliation and forgiveness in his church and the world.

"Although the church did not send anyone to do harm, we as Catholic bishops in particular apologize again because of the priests, clergy and Christians who played a role in the genocide," said Butare Dioceses Bishop Phillip Rukamba.

According to some accounts by survivors, many victims died at the hands of priests, clergymen and nuns. The Rwandan government says that many victims perished in churches where they had gone to seek refuge.

The president of an umbrella group of genocide survivors associations, Jean-Pierre Dusingizemungu, welcomed the statement saying that the apology was long overdue and will lead to justice and help in nation building.

"This apology means a lot to us although it took so long. We think if they had done this earlier it would have solved a lot of problems. But again we appreciate this step since it leads us towards full reconciliation among Rwandans," he told DW. 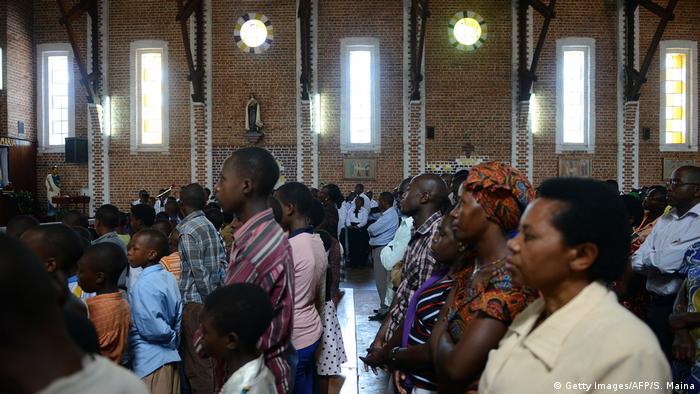 However, some Catholic Church followers received the move with mixed emotions. Grace Isimbi, a genocide survivor, questioned why it took so long for the church to admit its role.

"It is a positive decision but why have I been waiting for 22 years?" she asked.

In the years since the genocide, the church had resisted efforts by the government and groups of survivors to acknowledge the church's complicity in mass murder, saying those officials who committed crimes had acted individually.

John Ndolimana, once a bishop in the church and an author of a number of books on genocide, told DW that the Catholic Church should go the extra mile in order to clean up its image.

"The church should apologize for what they have been doing all these years," he said. "It has been the hurdle for those trying to step forward to tell the truth about the genocide."

Sylvanus Karemera in Kigali contributed to this article.

Rwanda's government has launched a drone network capable of delivering vital blood supplies to far-flung areas. It's hoped the speedy delivery service will help save lives in hard-to-reach parts of the country. (14.10.2016)

Rwanda is the world's first country getting power from a lake - and averting a natural catastrophe at the same time. (16.11.2016)

Television is a main source of news for communities across Africa, but it's not accessible to everyone. Deaf people, for one, often miss out. A young journalism team from Rwanda has decided to tackle the problem. (04.10.2016)