A Catholic archbishop in Germany introduced his own "Das Kapital" -- an attack on capitalistic excesses -- to reporters Wednesday. 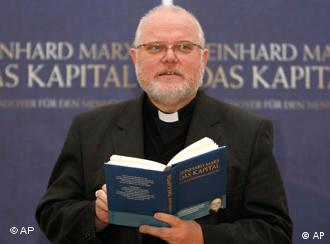 The book is intended as argument, not praise

Archbishop Reinhard Marx of Munich is not related to 19th-century communist founding father Karl Marx, but the clergyman's surname draws wonderment and wisecracks wherever he goes.

Despite the similar nomenclature, Marx says readers should not expect a defense of communism in this new book. Instead, the Roman Catholic archbishop who is the most outspoken of Germany's 27 diocesan leaders in his criticism of big business, says that his work is to some extent "an argument with Marxism."

The book begins as a letter addressed to his "dear namesake."

"The consequences," he tells the 19th-century ideologist, "of your thinking were disastrous."

Social teaching in a globalized world 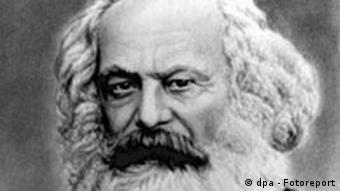 Marx is unrelated to the Communist ideologue

The modern-day Marx demands that the whole world adopt a market economy that is kinder to the weak and downtrodden instead of "heaping even more rewards on those who behave immorally."

"That's not utopia. It's a necessity for the sake of humans," said Marx in Munich.

The 300-page book, "Das Kapital: A Plea for Man", deliberately borrows its title from the "bible" of communism in which Karl Marx claimed 140 years ago that capitalism would automatically collapse.

With this new book, however, Marx intends to highlight the value of Catholic social teaching in a globalized world.

"Capitalism without humanity, solidarity and justice has no morals and no future," Marx writes.

He said we need to take a fresh look at social justice, or the world might veer back to dangerous ideologies such as Marxism.

A power struggle reached a climax this week between the Catholic Church and academics at the German-speaking world's sole Catholic university, raising questions about whether faith and scholarship can get along. (20.06.2008)