Caster Semenya vs. the IAAF: How much testostorone is too much? | Sports| German football and major international sports news | DW | 21.02.2019

Caster Semenya vs. the IAAF: How much testostorone is too much? 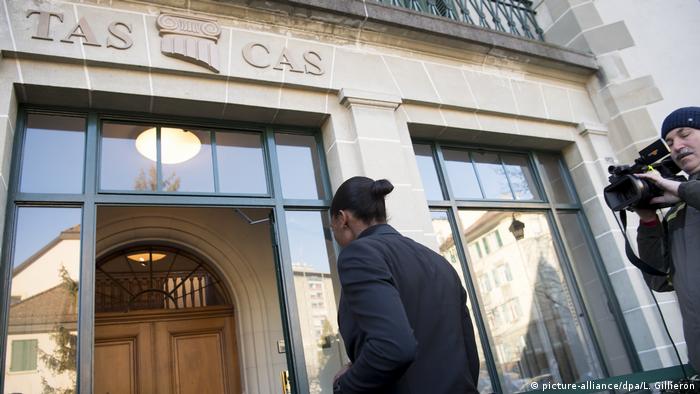 The Court of Arbitration for Sport (CAS) is expected to rule on a legal challenge submitted by two-time Olympic champion Caster Semenya sometime in the next few days. The 28-year-old is seeking to overturn a regulation restricting testosterone levels in female runners, that the International Association of Athletics Federations (IAAF) is planning to introduce.

At the start of the CAS hearings back in February, Semenya, who specializes in the 800-meters, argued that she and other athletes affected by the rule should "be permitted to compete … without discrimination." According to the South African's lawyers, the new provisions would "not empower anyone" but rather "represent another flawed and hurtful attempt to police the sex of female athletes."

British former marathon runner Paula Radcliffe, who holds the world record, has warned that if Semenya wins her case, it could spell the "death of women's sport." The United Nations Human Rights Council, on the other hand, has backed Semenya in the case. In a South Africal-led resolution passed last month, the Council called on all countries to ensure that sports organizations "refrain from developing and enforcing policies and practices that force, coerce or otherwise pressure women and girl athletes into undergoing unnecessary, humiliating and harmful medical procedures."

What has Semenya achieved so far?

Semenya has dominated the women's 800-meters since 2009 when she won gold at the World Athletics Championships in Berlin. Two more world titles followed: in Daegu 2011 and London 2017. At the London and Rio Olympics in 2012 and 2016, Semenya was crowned the 800-meter champion.

In South Africa she's seen as a hero and her country's government has repeatedly complained that Semenya is being subjected to international discrimination.

Semenya is a hyperandrogenic athlete, which means her body produces an unusually high level of testosterone for a woman. Following her first major international title in 2009, the IAAF ordered a test to check whether the South African really was a woman. Semenya's masculine looks and deep voice had sparked discussions. She was controversially barred from competition and was only allowed to return in mid-2010. 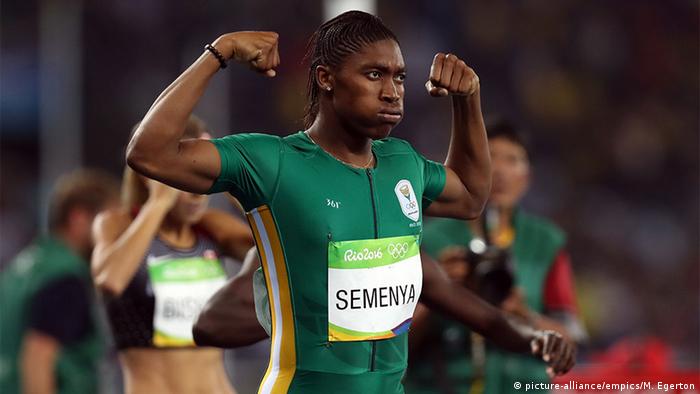 What are the IAAF's new testosterone regulations?

The IAAF wants to introduce a testosterone limit of five nanomoles per liter (nmol/L) for athletes competing in international events between 400 meters and a mile. Women who have higher values would be required to lower their levels them by taking hormonal-suppressing medication – such as birth-control pills – over a minimum period of six months prior to competition.

How does the IAAF justify the limit?

According to a study commissioned by the IAAF, testosterone levels in women are usually between 0.12 and 1.79 nmol/L, compared to levels of 7.7 and 29.4 nmol/L in men. The IAAF says a value between 5 and 10 nmol/L gives a woman a clear competitive advantage: 4.4 percent more muscle mass, between 12 and 26 percent more muscle strength, and 7.8 percent more red blood cells.

The period of six months provided for hormone therapy was set out in order to ensure the hemoglobin level could drop to normal before competition. A red blood cell's lifespan is about 120 days, or four months. 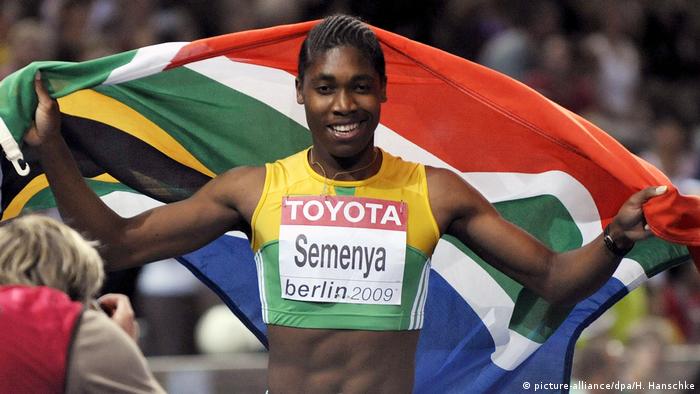 Why would the new rule apply only to running events between 400 meters and one mile – and not to other athletics disciplines?

The IAAF points to a scientific study that found that the greatest competitive advantage for female athletes with higher-than-normal levels of testosterone occurs in middle-distance running events. This is because of the combination of basic speed, strength and endurance required in the middle-distance events.

Have similar rules existed in the past?

The IAAF first introduced measures designed to ensure that only women competed in women's events in 1946, when it brought in a rule requiring that all female athletes present a medical certificate confirming their gender, prior to competition. Later, it started to require athletes to undergo medical examinations shortly before the events in which they competed. In 1967 the IAAF introduced a saliva swab to determine an athlete's chromosomal makeup. In 1992, this controversial procedure was abolished and DNA analysis was introduced. This too was abolished in 1999 after it was found be prone to errors.

However, the IAAF revisited the issue after Semenya won gold in the women's 800 meters at the 2009 World Championships. In 2011, it introduced a testosterone-value limit of 10 nmol/l (nanomoles per liter). Athletes with a higher value had the option of qualifying for competition by lowering theirs through medical means. 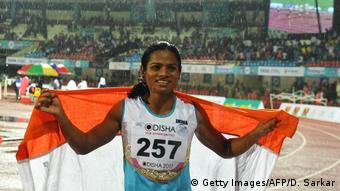 Dutee Chand forced the abolition of the previous rule

In 2015, Indian sprinter Dutee Chand challenged the rule at the CAS and won, resulting in its suspension. The CAS then instructed the IAAF to submit new scientific data within two years.

How many female athletes stand to be affected by the new IAAF rule?

"We have seen in a decade and more of research that 7.1 in every 1,000 elite female athletes in our sport have elevated testosterone levels, the majority are in the restricted events covered by these regulations" said IAAF member Stephane Bermon, who is one of the authors of the study that resulted in the new rule.

If it comes into force, Caster Semenya will once again have to take drugs to lower her nmol/l value, just like she did when the old IAAF rule was still in force. During this period, the South African runner's times were consistently well below her personal best.

"If this policy passes, then I would predict that Semenya will be five to seven seconds slower over 800 meters," wrote renowned British sports scientist Ross Tucker.

What happens after the CAS hearing?

The Lausanne-based CAS is expected to hand down its decision in the coming days. Should Semenya lose, the rule will probably come into force soon afterwards. The IAAF had originally planned to implement the new regulation as of November 1, 2018, but it delayed the move pending the CAS decision. The IAAF has said that it will accept the ruling, no matter what the outcome.

"We can't and we won't run to CAS all the time," IAAF President Sebastian Coe said in comments earlier this year published by the Frankfurter Allgemeine Zeitung.