Carl Djerassi: the Renaissance man who invented the Pill

Nearly sixty years ago, Carl Djerassi created the birth-control pill. This medical breakthrough changed sexual politics and propelled Djerassi from a life of science to one of intellectual polygamy. 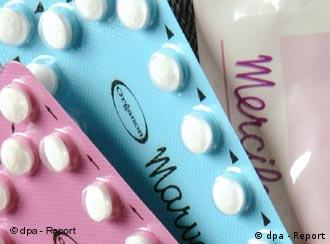 Since isolating the chemical that became the Pill, Carl Djerassi has distinguished himself in many ways: he taught at Stanford University, wrote a collection of novels and plays, made a name for himself as an art collector, and won a bounty of honorary doctorates and awards. But the decoration Djerassi calls “one of his biggest” is his inclusion on former US President Richard Nixon's enemies list – a detail made all the more savory when the president had to award him the National Medal of Science in 1973.

That's not the only unlikely list on which Djerassi's name can be found. He has been called the last polymath, one of the causes of the sexual revolution, and the father of the free-love movement – titles he brushes off with ease.

“While I was amused and perhaps even pleased that people say I was partly responsible for [the sexual-revolution],” said Djerassi, “I think that's too simplified.” 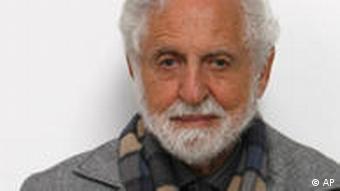 From chemist to artist: Carl Djerassi has had a long and varied career

But his invention has certainly had a major impact on people's lives. Simplistic could be one way to describe the scene in an Austrian palace where Djerassi found himself last week. As a guest-of-honor at the opening of an exhibit called the “Die 60er. Beatles, Pille und Revolte" (The 60s. Beatles, Pills and Riots), the 87-year-old sat in the front row, while a band played psychedelic rock and Austrian politicians in traditional dress extolled the virtues of the Pill and the sexual revolution.

Dressed dapperly in a striped seersucker suit, Djerassi later found himself surrounded by young women pleading for a photo with him. He politely obliged, though he refused to discuss reproductive freedom and sexuality with them. For that, they would have to read his novels.

After extracting himself from the fans who wanted photos, Djerassi walked into the ‘60s exhibit, filled with retro furniture and hippie knick-knacks, and made a bee line toward the section dedicated to his invention. Cave-like and flooded with pink light, the area was shaped like a typical Pill package, with twenty-eight plastic bubbles matching up to the days of the week.

In each bubble, the curator had placed Pill memorabilia – the Chinese version of the Pill or an old advertisement – and in the center, a documentary about Djerassi. “There I am,” he pointed, leaning against his cane and watching himself talk about the Pill - the daily staple of more than a hundred million women worldwide. 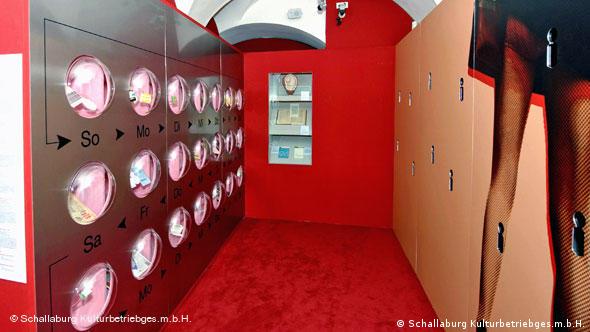 It is all a far cry from the career that Djerassi had imagined for himself while growing up in Vienna as the son of an Austrian mother and Bulgarian father, both of whom were Jewish doctors.

“I was basically brought up in a doctor's office,” he said, “So there's no question I would have become a physician – a practicing physician rather than a researcher.”

But the Anschluss, or Nazi occupation of Austria in 1938, soon changed the focus of Djerassi's life. Though his parents were already divorced, his father returned to Vienna and re-married his mother, so that the family could leave the country together in 1938. Djerassi, who was 14 at the time, lived in Sofia, Bulgaria for a year and learned English before taking a ship to New York with his mother.

They had run out of money by then, but Djerassi was determined to get himself an education. He wrote a letter to the First Lady Eleanor Roosevelt, asking for her advice. That note was handed down to an nonprofit organization and he eventually won a scholarship and completed a doctorate in Chemistry.

The Pill for sexual liberation

When he was 26 years old, Djerassi moved to Mexico City to become associate director of research at a little-known company called Syntex, where he led the team that synthesized progestin norethindrone, the chemical that eventually became the Pill. This was not the original intention. Though he knew progesterone could act as a contraceptive, Djerassi was trying to isolate a compound that could be used in the therapy of menstrual disorders or cancer.

“At that time there was no interest in contraception in the pharmaceutical industry in the United States or elsewhere because that was after the war,” said Djerassi. “Millions of people had died and millions of people postponed having a family, so [birth control] was not their high priority.”

But after Djerassi synthesized norethindrone, the first form of progesterone in pill form, they sent word to Gregory Pincus, a scientist and entrepreneur, who pushed for its application as an oral contraceptive. By 1960, the US Food and Drug Administration had approved the sale of the birth-control pill, a product that has become so ubiquitous in the West that it is now simply referred to as the Pill.

From Chemistry to Literature

The Pill has changed the global face of sex, reproduction and politics, but in Djerassi's own life, it marked the gradual shift from research to art and literature. Towards the end of the ‘60s, Djerassi become more politically active. He was openly against the Vietnam War and became involved in a Democrat's presidential campaign – which earned him a spot on President Nixon's enemies list.

But after being embroiled in ethical arguments related to the Pill and teaching ethics classes at Stanford University, Djerassi decided fiction was the way to bring these thorny questions to the broader public. He had already written an autobiography called The Pill, Pygmy Chimps, and Degas' Horse, but he then began spinning stories and plays centered around themes like population control, the scientific method and what he calls the "tribal culture" of scientists. 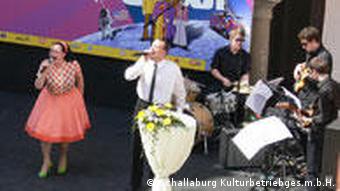 "The reason I write is that I want society to understand the culture, behavior and motivation of scientists, not to glamorize or revere them," said Djerassi, after he had walked through the ‘60s exhibit.

In The Bourbaki Gambit, he prods at the obsession with youth and scientific awards when four renown old professors combine their work and begin publishing under a false name. In Oxygen, he studied the culture and characters of chemists through the eyes of the Nobel Prize committee. He eventually moved away from writing about scientists to creating characters based on art historians or writers. Four Jews on Parnassus, which Djerassi wrote in 2008, is a dramatized conversation among four German and Austrian intellectuals that explores a Jewish struggle with identity.

When he first mentioned wanting to write about things beyond scientific culture, Djerassi's wife, Diane Middlebrook advised him against it, saying he was better off writing about the things he knew. Her words had weight: she was a professor of literature and a renowned biographer. But Djerassi decided to simply write the book and show it to her after it had been accepted by a publisher.

Some time later, on a flight from San Francisco to London, Djerassi handed his wife the bound galleys of his book, and watched her intently as she read. She sat still and expressionless until she finished the entire book, when she clapped it shut and said, “Chemist, this is good.”

“That was the most wonderful compliment I've ever had,” recalled Djerassi.

Syntex, the firm Djerassi worked for, paid him one dollar for his right to the patent, but he made his fortune anyway on company stock. In the last six decades, he has accumulated one of the world's largest collections of works by Paul Klee. He eventually stopped collecting when he founded the Djerassi Resident Artists Program in his California ranch, which has supported the likes of writer Vikram Seth and the composer John Adams.

Djerassi said he intends to be the first working professor aged 100. "I've got a chance,” he once said to The Guardian. “My father didn't die until he was 96 and that was in an accident."

The Pill at 50 - qualified success in the developing world

Fifty years ago a medicine was approved for use in the United States that changed the lives of women -- the birth control pill. It's had an impact in the developing world as well, although hurdles to access still remain. (05.05.2010)

To mark the 50th anniversary of the introduction of the birth-control pill in the US, Carl Djerassi tells Deutsche Welle what events led him to this medical breakthrough, and how it changed the world. (06.05.2010)

The 60s: Beatles, Pills and Revolt

A new exhibition from the International Exhibition Centre Schallaburg Castle

Listen to a DW report on 50 years of the Pill

Listen to an in-depth interview with Carl Djerassi