Cardinal Regrets Holocaust Remarks | News and current affairs from Germany and around the world | DW | 08.01.2005

A German cardinal on Saturday said he regretted comparing abortion to the genocides carried out by Hitler and Stalin, which sparked a public outcry here, and claimed to have been misunderstood. 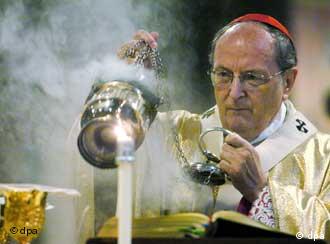 "I regret that it has got to this pitch," the Roman Catholic Cardinal of Cologne, Joachim Meisner, said, stressing that he would never have made such a comparison if he had thought it could have been open to misinterpretation.

During a sermon in the city's cathedral on Thursday, the cardinal declared: "First there was Herod, who ordered the children of Bethlehem to be killed, then there was Hitler and Stalin among others, and today unborn children are being killed in their millions."

On Friday, the co-president of the Greens party, which is in coalition with Chancellor Gerhard Schröder's Social Democrats, demanded an apology from Meisner.

"He must apologize to those he has offended," said Claudia Roth. 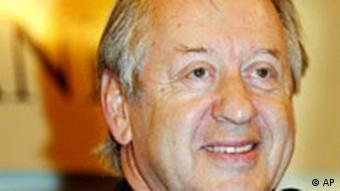 The president of the Central Council for Jews in Germany, Paul Spiegel (photo), said the cardinal had insulted the millions of victims of the Holocaust and that he was considering taking the matter to court.

Spiegel told Friday's edition of the newspaper Saarbrücker Zeitung he "cannot in any way understand" how anyone could compare abortion and euthanasia to the crimes of the Nazis.

"Meisner has completely lost his authority as a bishop and has publicly done a great wrong to the Catholic Church and to dialogue between Jews and Christians," it said.

Earlier the pastor of St Michaelis church in Hamburg, Christian Rüß caused outrage when he compared the children who were killed or left orphaned in the tsunami, with the victims of abortion in Germany.

"People ask how God could allow this flood," Rüß said in his sermon for the flood victims, "but maybe the Catholic church is right when it says 'what are you complaining about?', 200,000 children are aborted each year in Germany.

A Spanish bill allowing gay marriage is expected to go to parliament has the Catholic Church up in arms. One bishop said it was like unleashing a virus. Other European countries already allow some form of gay unions. (Nov. 11, 2004)