What's it really like at one of those fancy Cannes receptions? DW film critic Hans Christoph von Bock put on his best suit and dove into the celebrity chaos. He also investigated why German film isn't getting noticed. 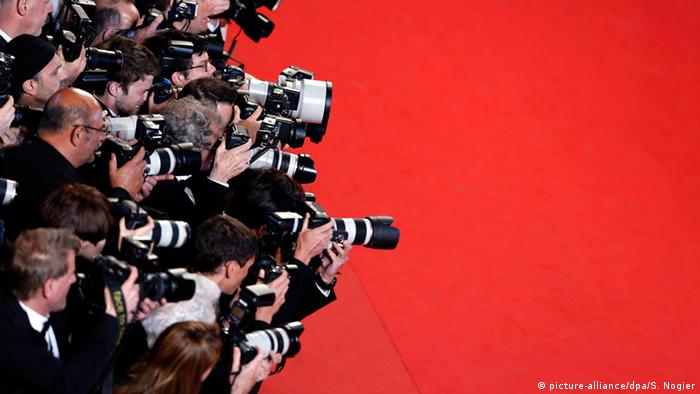 My trip to Cannes doesn't begin with glamour, but with bureaucracy and the obligatory accreditation process in the Grand Palais du Festival. My badge bares a small yellow dot. If it were white, the "carte blanche" would guarantee star status, no waits and guaranteed seating. As it turns out, yellow means I only have to wait 30 minutes in line.

In my first screening, I encounter director Emmanuelle Bercot, who is there for her role in the in-competition film "Mon Roi." She plays a woman who ponders a failed relationship while she is recovering from a ski accident. She goes through a painful healing process, told retrospectively. The film is a tour de force that depicts the ups and downs of human love.

The latest picture by Norwegian director Joachim Trier is somewhat more subtle and scenic, yet less emotion. "Louder than Bombs" is his first English-language production and features Isabele Huppert in the role of a war photographer. After years of shifting between crisis regions and family life, she decides to slow down. But when she dies in a car accident, which she may have caused, a crisis erupts in her family. 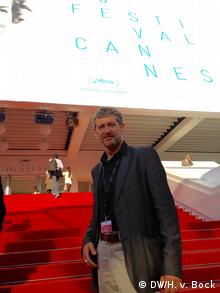 German films few and far between

But where are the German films in Cannes? They're nowhere to be found. "Palermo Shooting" by Wim Wenders, from 2008, was the last German film to make it into the competition. Since then, a few young directors have shown their work in other sections. And it doesn't look like the last seven years of scarcity will be followed by seven years of plenty.

Still, German Films, the organization that markets German-made productions abroad, is spiting the trend by presenting a short film series, titled "Next Generation/Short Tiger 2015," featuring works from back home.

But I hardly spot any actors or big-name directors - except for Volker Schlöndorff, the luminary of German art cinema, who makes a brief appearance. Schöndorff won a Palme d'Or in 1979 for "The Tin Drum" and, along with Rainer Werner Fassbinder, is idolized by French cineasts.

Actor Christian Friedel is the artistic highlight of the evening. His band Woods of Birnam gives a short but enjoyable concert and an impressive sample of his vocal abilities. He's come to Cannes twice before as an actor - as the village school teacher in the film "The White Ribbon," which won a Palme d'Or in 2009, and as Heinrich von Kleist in "Amour Fou" in 2004. Both were produced with German funding, but considered Austrian films on the Croisette because of the origin of their directors. 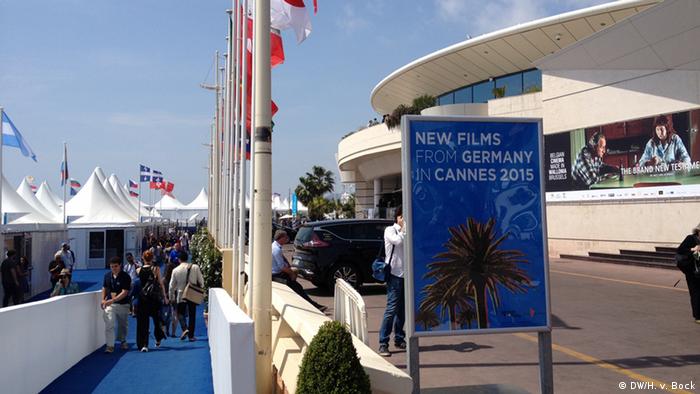 Those who knew where to look found references to German film

Perhaps German film doesn't only have a problem being perceived on the international scene, but also being communicated. Statistics show that German film can be successful. As Germany's Minister of Culture Monika Grütters said in her speech in Cannes, German film has 27-percent market share within Germany. In France, an impressive 92,500 cinema-goers have seen the new post-World War II drama, "Labyrinth of Lies."

The day after the German Films reception, it becomes clear at a press conference what the absence of German productions means. Film funding in Germany is in part a matter of the 16 federal states. When their regional interests and quota pressure from co-producing broadcasters get involved, unity starts to fray at the seams.

Grütters promises to "strengthen aesthetic positions and support our own handprint and promote young talent and debut works." But it was when directors like Andreas Dresen, Fatih Akin and Hans Weingartner had the freedom to implement their ideas just as they liked that they were promptly invited to Cannes. 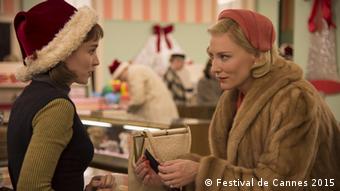 Ultimately, it's what plays on the screen that has to convince the viewer. Particularly convincing on Cannes' screens this year is Cate Blanchett, who's won over critics and audiences alike as the title character in Todd Haynes' "Carol." The film is based on the novel by Patricia Highsmith.

Blanchett plays the noble but melancholy wife of a wealthy businessman in 1950s New York. She has an affair with a saleswoman - a major scandal at the time. At the press conference for the film, Cate Blanchett and screenplay writer Phyllis Nagy emphasize that homosexuality is still illegal in 70 countries.

Critics are saying that "Carol" has a good chance at the Golden Palm. But my vote goes to a more hair-raising production.

A woman also takes the lead in French-Canadian director Denis Villeneuve's film, "Sicario," although the role was initally supposed to be rewritten for a man. But actress Emily Blunt is stunning not only in high heels on the red carpet, but also as an FBI agent in the thick of the drug war on the Mexican border. She co-stars with Josh Brolin and Benicio del Toro. "Sicario" is a fast-paced thriller with strong actors - and well deserving of the Palme d'Or. 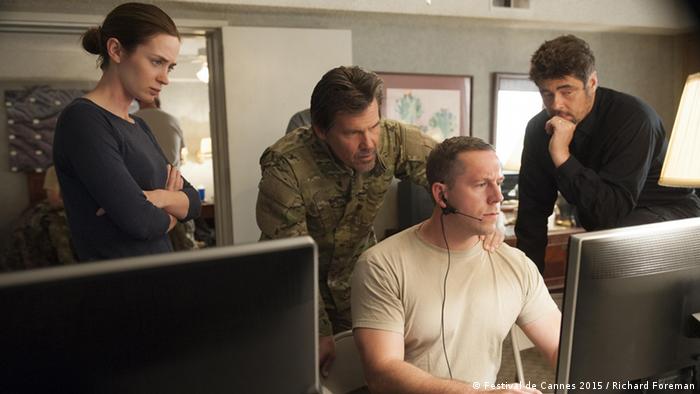 Cannes is heating up

The race for the Palme d’Or has so far been a tight one, with the frontrunners including a Greek production with international stars, a film based on a crime novel by Patricia Highsmith and a Hungarian cinematic debut. (20.05.2015)

New on DVD: Cannes at home

Ken Loach from Britain and Cristian Mungiu from Romania have something unique in common: they have both won the Palme d'Or. Their latest films were lauded at the Cannes Festival and are now finally available on DVD. (18.05.2015)