Canada's ethics watchdog has launched an investigation into Justin Trudeau's recent family vacation in the Bahamas. It's the first time a sitting prime minister has faced such scrutiny. 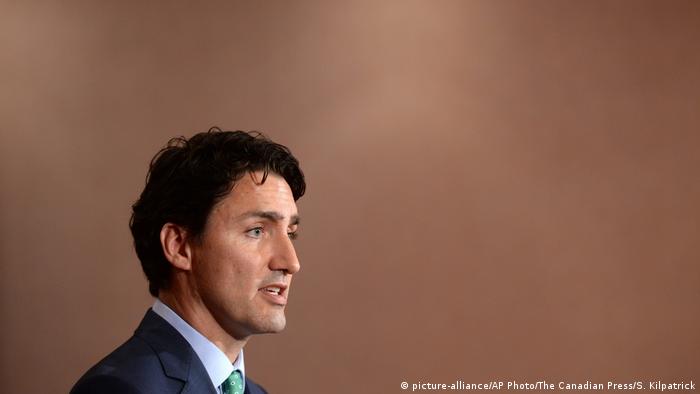 Canadian media reported Monday that Mary Dawson, Canada's ethics commissioner, had said in a letter to a Conservative lawmaker, dated Friday, that she was looking into a recent vacation Trudeau spent at a famed spiritual leader's private island in the Bahamas.

Trudeau, who won the premiership in October 2015, has faced questions over his New Year's trip to the secluded island owned by the Aga Khan, leader to the world's 15 million Ismaili Muslims, a branch of Shiite Islam. Investigators want to know if the vacation, which also included Trudeau's family and two other Liberal lawmakers, violated rules prohibiting a minister from accepting bribes or "gifts" that could influence government decisions.

Specifically, Dawson said she was looking into whether the trip was a breach of the Conflict of Interest Act. Dawson also said she was investigating whether Trudeau's use of the Aga Khan's private helicopter violated the prime minister's own guidelines. In 2015, Trudeau introduced rules stating that government ministers couldn't take private flights without the ethics commissioner's approval. 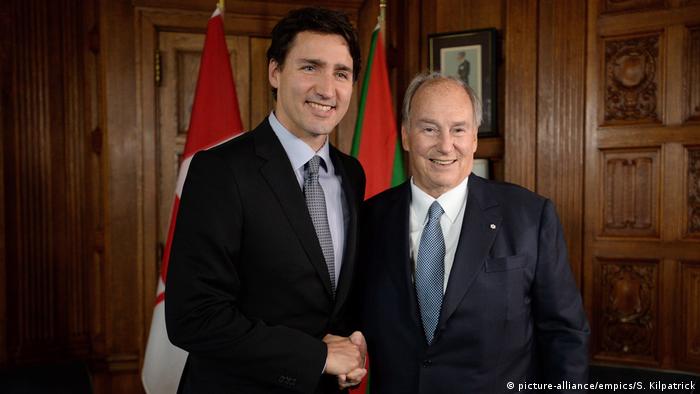 A first for a Canadian prime minister

Trudeau has repeatedly described the Aga Khan as a longtime family friend. But the Aga Khan Foundation Canada, the religious leader's private non-profit international development agency, is a registered lobbyist with the government and some of its executives recently met with members of the government.

Trudeau is also facing a separate investigation concerning his fundraising. But this is the first time a sitting prime minister has been investigated for violating these particular ethics rules.

The investigation also comes after Trudeau, who has enjoyed high popularity ratings, declined a trip to the annual World Economic Forum in Davos in order to take part in a cross-country tour - an apparent bid to reconnect with everyday Canadians.

Canadian Prime Minister Justin Trudeau has called for Canada to phase out its oil sand production. It's not a popular message with the province of Alberta, which has benefited from having huge oil reserves. (14.01.2017)

Canadian PM Justin Trudeau's Golden Boy image since being elected last autumn has lost a little of its sheen. The lawmaker apologized "unreservedly" for apparently elbowing a female MP in parliament. (19.05.2016)

What did Trudeau do?