Canada: Trudeau reaches deal with leftist party to rule until 2025

An opposition leader accused Canadian Prime Minister Justin Trudeau of a "power grab" after he made a deal with a leftist party to stay in office until 2025. 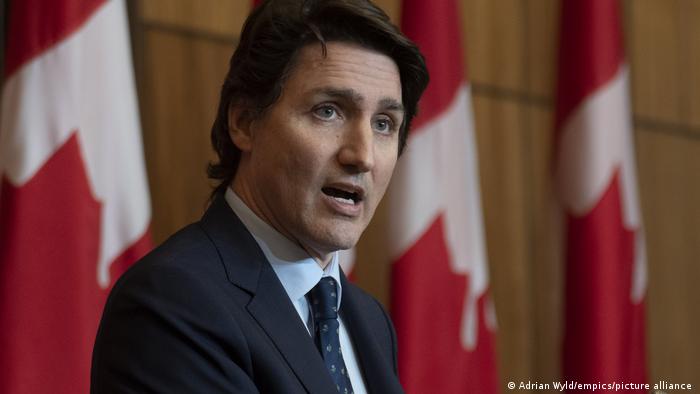 The NDP agreed to the deal in return for deals on pharmaceutical and dental care plans, though it will not have a lawmaker in the Cabinet

Canadian Prime Minister Justin Trudeau's Liberal Party has brokered a deal with the leftist opposition New Democratic Party (NDP) that would keep his party in government until 2025.

"What this means is, during this uncertain time, the government can function with predictability and stability, present and implement budgets, and get things done for Canadians," Trudeau said.

Trudeau's Liberal Party won reelection in September but fell short of forming a majority government against the main opposition, the Conservatives.

The leftist NDP agreed to the arrangement in return for deals on pharmaceutical and dental care plans, even though the party will not be represented in the Cabinet.

The Canadian prime minister also said that, though the NDP will not have any veto power over budgets or legislation, the party has "agreed to work together."

Trudeau: 'Canada and Germany stand together'

"It's about focusing on what we agree on instead of what we disagree on," Trudeau said.

NDP leader Jagmeet Singh said that, while he is confident that the partnership will work, if the Liberal Party fails to meet the conditions the deal is off the table.

Some politicians in the opposition have disagreed with Trudeau's deal with NDP, including the head of his party's main rivals, the Conservatives.

"This is nothing more than a Justin Trudeau power grab,'' interim Conservative leader Candice Bergen said, claiming that Canadians had been "hoodwinked" by the 50-year-old prime minister.

Anti-vaccine protesters and truckers who laid siege to parts of Canada's capital, Ottawa,called for Trudeau's government to be ousted earlier this year.

Trudeau said he planned to run again in 2025. But many doubt this pledge, considering that his popularity has dropped since he took power in 2015 and there has been a rise in hostility toward him in large parts of western Canada.