Cambodia cracks down on the sex industry

Cambodia's authorities have started closing brothels and karaoke parlors in what they say is a move to combat human trafficking in the sex industry. However, NGOs that help sex workers are skeptical about the campaign. 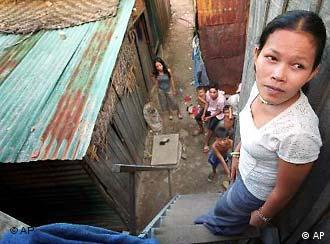 Prostitution is famously the world's oldest profession. In Cambodia, the government recently decided to target the sex industry in a move it thinks will combat the trafficking of women.

60 brothels, karaoke bars and massage parlors have been raided in Phnom Penh and across the country in the past month alone.

Some 300 sex workers are thought to have lost their jobs since the crackdown began in early March. 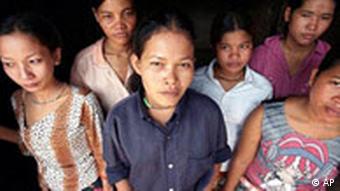 Sex workers are bearing the brunt of the government's campaign

Organizations that help sex workers worry it is driving them away from established venues, and limiting their access to sexual health services.

Tony Lisle, the country head of UNAIDS, the United Nations agency tasked with the prevention of HIV and AIDS, says the crackdown is the latest in a series of similar moves by the authorities in recent years, which do not have very positive effects.

"From the perspective of UNAIDS, the crackdowns create significant difficulties for organizations working in HIV prevention to reach those who are most at risk from HIV infection effectively, particularly sex workers and women working in the entertainment industry."

Important to separate prostitution and trafficking

Moreover, although the authorities say this drive is part of an anti-trafficking campaign, so far no traffickers have been arrested – only sex workers.

Lisle says it is important to separate the issues of prostitution and human trafficking.

A survey last year found that no more than 7 percent of sex workers had been trafficked into the trade. "However, they are often the victims of the crackdown," says Lisle.

Sex workers are losing out 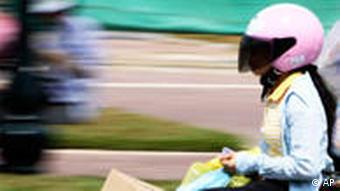 Ly Pisey is a technical assistant at the Women’s Network for Unity, a collective that advocates rights and sexual health for sex workers that holds meetings for sex workers so that they can pass on information on sexual health and rights. She says that "the situation is very difficult" right now and it is hard to access sex workers.

"We are like thieves. If we want to send out a message on safe sex, we have to call some of the sex workers whom we know and who trust us to come to our drop-in centre. Sometimes we meet one and ask them to share the information and tell them to continue to have hope," she explains.

It seems highly unlikely that the government’s move will fulfill its stated goal of eliminating prostitution – not least since one in three Cambodian men are thought to pay for sex.

However, the wave of arrests is certainly driving sex workers underground and away from the assistance they and their clients need. It seems very likely that if the crackdown continues it will result in a higher rate of sexually-transmitted diseases.

Phnom Penh must do more against rape & sexual violence: Amnesty

On International Women's Day, Amnesty International called on the Cambodian government to take steps to combat a rise in rape and acts of sexual violence against Cambodian women and children. (08.03.2010)

Child trafficking in the Mekong sub-region

Hundreds of thousands of people cross borders in Asia each year in the hope for better opportunities. But many become victims of human trafficking. (15.06.2009)