Call for European History Book as Education Ministers Meet | Europe | News and current affairs from around the continent | DW | 02.03.2007

European Union education ministers have met this week in Heidelberg and discussed the creation of a common European history book. Germany has promoted the idea, but Poland and The Netherlands are skeptical. 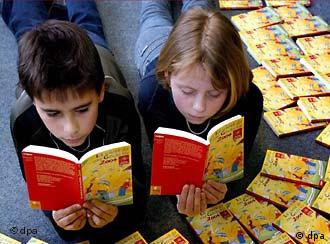 Reading can be a shared exercise

At the meeting in Heidelberg, German Minister of Education and Research Annette Schavan said "education is one of Europe's most important resources for power and prosperity."

She also said that education is essential for shaping identity and for social cohesion in Europe. The minister called on her colleagues in EU nations and neighboring countries to stress the shared values and cultural perspectives among Europeans.

One way of highlighting common European culture would be the creation of a pan-European history book for pupils.

A Franco-German school history book was already launched last year -- a project which Schavan said had been a success and could be a model for a European version.

In the baby stages 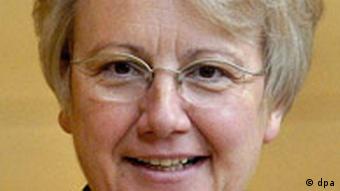 Schavan first raised the issue of a common European history book last month and said that discussions about it had only just begun.

Swiss author Adolf Muschg told the gathering in Heidelberg that such a project was "a fantastic idea" but that it needed time to develop.

Yet Schavan also noted that The Netherlands and Poland in particular have been skeptical of the idea. "Some people in the country have criticized the notion," she said.

"We don't believe this is possible," said Polish Minister of Education Roman Giertych, who suggested a joint Polish-German history book instead.

German Minister Schavan, however, said that many Polish historians were enthused about public discussions about European history.

Furthermore, one delegation at the meeting pointed to the success of a recently published book about Serbian and Croatian history, which both countries want to introduce in school lessons.

The Heidelberg meeting took place within the framework of Germany's presidency of the European Union. In addition to the bloc's 27 members, ministers from 10 neighboring states took part.

Protestors: "Equal education for all" 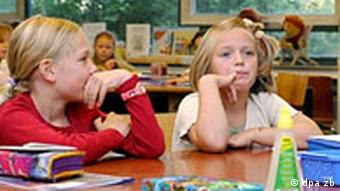 Those who learn together, grow together

In addition to the formal items on the agenda, Leo-Felix Lee of the German Ministry for Education said "informal talks are also possible to address topics that are sometimes left by the wayside, but which are still important to EU member states."

Other issues discussed at the talks were adult education and pre-school education.

Not everyone in Heidelberg was happy, though. A group of around 200 demonstrating students, pupils, union members and anti-globalization activists gathered in the small university town to demand equal education opportunities for everyone.

One of the mottos of the protestors was: "Education is a human right," while another group demanded that the education ministers stop the "growing trend toward privatization" among schools and universities in the EU.

Also during the discussions in Heidelberg, Polish Minister of Education and Vice- Prime Minister Giertych sparked critique from his colleagues about his comments on homosexuality and abortion. Homosexuality is "a deviation from the laws of nature," he said.

The minister also demanded a ban on abortion. "This crime, which many countries' parliaments have legalized, is a modern form of barbarianism," he said.

"The comments caused an uproar," said Doris Pack, Chairperson of the European Parliament's Committee on Culture and Education.

A new textbook -- proposed by students and written by French and German historians -- will be released in Germany this week. The one-of-a-kind book is a landmark in French-German relations. (10.07.2006)

A joint French-German school textbook was unveiled Thursday by the French Education Minister in Peronne -- site of a famously horrific World War I battle. But banishing historical demons is what it's all about. (07.05.2006)

Experts say that Bosnia and Herzegovina could be a regional leader in clean energy production. But corruption, the mighty coal industry and cumbersome bureaucracy are frustrating efforts to capitalize on this potential.

Russia and Ukraine continue to trade blame over the situation at the Zaporizhzhia nuclear power plant. President Zelenskyy said any "radiation incident" could easily affect the rest of Europe. Follow DW for the latest.