Media and politicians talk about a "drought." But the real issue is the wise use of water in a growing economy. How is California adapting to the new realities? 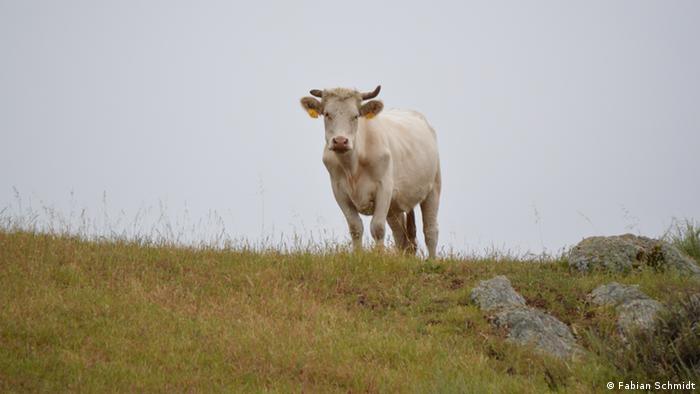 Dry periods are nothing unusual for California. In 1952, Nobel Laureate John Steinbeck wrote in his novel "East of Eden" about the agriculturally rich - but temperamental - Salinas Valley:

"The cows would grow thin and sometimes starve to death. People would have to haul water in barrels to their farms just for drinking. Some families would sell out for nearly nothing and move away. And it never failed that during the dry years the people forgot about the rich years, and during the wet years they lost all memory of the dry years. It was always that way."

It doesn't look quite that bad in the Salinas Valley in 2015 - the fourth "drought year" in a row. During the winter months, the region got almost as much rain as it usually would for the entire rainy season. The hills around the valley are greener than in the previous years. Plants are green and blooming everywhere. North of there, the smaller local water reservoirs of Silicon Valley - Stevens Creek, Guadalupe and Almaden - are even fairly full. 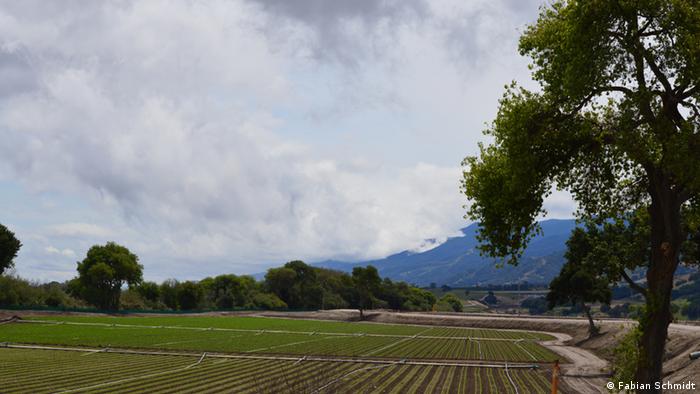 The "drought" Californians are suffering from is manifesting itself instead on two different fronts: First, the population is exploding. Since Steinbeck's observations, Californians have quadrupled - to more than 38 million today. Their need for water has grown accordingly.

The other front feels further away: the Sierra Nevada mountain rage on the state's eastern border. The snowpack there is - once again - much thinner than in normal years. The large water reservoirs in the mountains are just half full at the beginning of the season. Typically they would be full.

And because the eastern mountains provide most of coastal California's water, there is no way to "save" water - not only in the population centers in the west, but also in the huge agricultural heartland of the Central Valley.

Governor Jerry Brown declared a drought emergency in January. This enables authorities to demand obligatory water-saving measures, as they did on May 5, when they obliged all cities to cut the use of drinking water by a quarter.

This means the "emergency" is not just occurring today - because there is no water right now - but it is an anticipated emergency. The fear is: What will happen to California if the state fails to adapt quickly, and if the weather does not change for the better in the coming months and years? 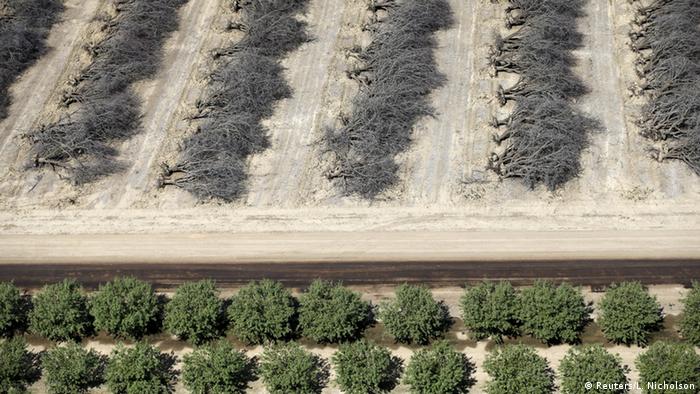 There may be light at the end of the tunnel, however: Some meteorologists predict that a new El Nino period is about to begin. If this turns out to be the case, California may soon get its share of rain and snow - just as Steinbeck described it in his novel. But nobody wants to bank on that.

Australia's meteorological authority has reported the onset of El Nino in the tropical Pacific. This is the first appearance of the potentially disastrous weather phenomenon in five years. DW takes a closer look. (12.05.2015)

The Consultative Group on International Agricultural Research (CGIAR) has discovered 30 types of heat-resistent beans. But how? An interview with Steve Beebe, senior bean researcher at CGIAR. (31.03.2015)

California has been suffering an epic water shortage for the past three years. Leading scientists think the worst is yet to come. The culprit: man-made climate change. (03.03.2015)

Farmers in the Trifinio region – the border area shared by Guatemala, Honduras and El Salvador – are all too familiar with drought, crop loss and the very real threat to food security. (03.02.2015)

The 25-percent target does not look like it is impossible to reach - if everybody plays fairly. In principle, there is enough water for everyone. Agriculture will have to cut most, because it uses 80 percent of the water, with the rest flowing to urban centers like Los Angeles, Silicon Valley or Sacramento. Of that, only half is used for drinking, cooking, showering or laundry; the other half goes into watering lawns, gardens, parks and gulf courses.

This is where the question of saving water becomes political: Each interest group is fighting for its share. One might think that California's agriculture has a powerful lobby, with annual production volume reaching $45 billion (40 billion euros). No other US state grows more agricultural produce.

But other lobbies are even more powerful: the high tech industry in Silicon Valley; the entertainment industry of Hollywood; as well as medicine, engineering, aviation, space and other industrial sectors.

And most voters live in the cities. California's politicians simply cannot ignore that agriculture - regardless of its seemingly skyrocketing production - only contributes about 2 percent to the state's staggering $2 trillion economy. Only about 4 percent of the workforce is employed on the farms and ranches. 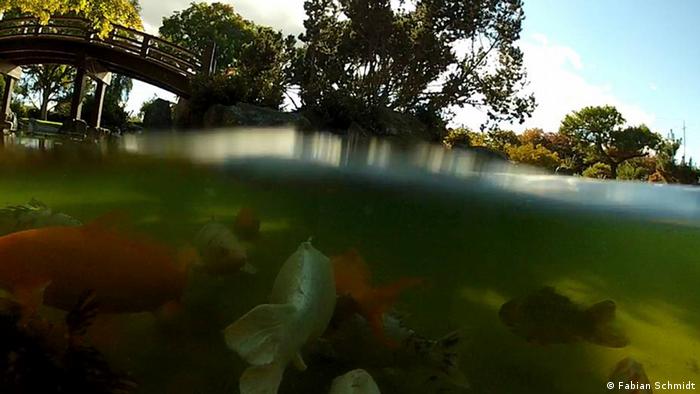 There are also technical reasons why farmers are being hit first when it comes to saving water: In the areas of southern California where local water reserves have already been severely decimated, the authorities found it easier and more responsible to cut off a few rural areas or farms, rather than shutting down pipes supplying water to a medium-size town.

As early as 2014, authorities showed that it is actually possible to save water. Compared to 2013, they have cut their use by 23 percent.

Most of that came from CalTrans, the state office in charge of building and maintaining roads and highways. CalTrans uses water largely for mixing concrete and for construction, but also used a lot of water for nice-looking roadside vegetation. This became a huge water savings: They simply introduced drought-tolerant native plants.

Just one state agency could not deliver on a promise to save water. But that one has a good excuse: Cal Fire, the state run agency in charge of preventing and fighting forest fires, used 50 percent more than in the previous year.