California officers suspended over beating of man on horseback

Ten Californian sheriff's deputies involved in a videotaped beating of a horseman have been placed on administrative leave. The FBI has reportedly opened an investigation into the incident. 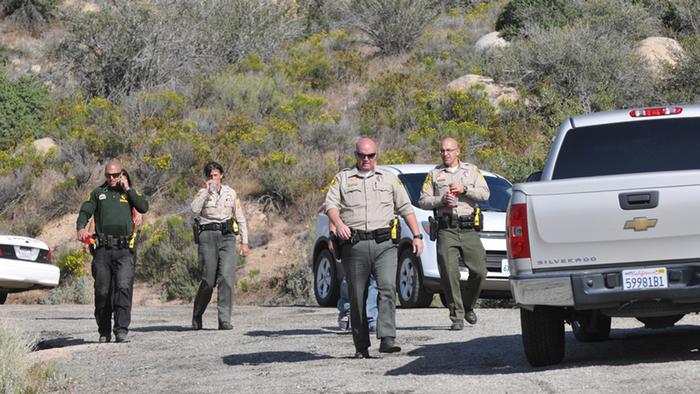 A California sheriff suspended ten officers after news video showed them violently arresting a man on Thursday in desert scrub near the town of Apple Valley, east of Los Angeles.

The video shows the white male trying to flee on horseback, falling off, scrambling to his feet and then throwing himself on the ground with his arms outstretched. The officers were filmed repeatedly punching the man and stomping on him. It also appears the suspect, 30-year-old Francis Jared Pusok, was zapped with a Taser when he fell off the horse.

John McMahon, sheriff of San Bernardino county, said he was "disturbed and troubled" by what he saw in the video footage, shot by a television news helicopter.

The force used in restraining the suspect who was splayed face down on the ground "appears to be excessive", the sheriff added.

Those involved in the beating were placed on paid administrative leave pending a special investigation of the incident, McMahon said.

The San Bernardino Sun newspaper reported the FBI opened an investigation into the incident.

According to the sheriff, Pusok was treated at a local hospital for bruises before being jailed on several criminal charges, including felony evasion and possession of stolen property.

The incident occurred in the same month when a South Carolina police officer fatally shot an unarmed black motorist as he ran away after being stopped for a broken tail light on his car. The police officer is facing murder charges.

A video showing a white police officer shooting a black man in the United States has prompted prosecutors to bring murder charges against the officer. Eight shots were fired as the victim ran away. (08.04.2015)