After over a month of unrest, officials have announced that Burundi's parliamentary polls will be postponed. The country was plunged into violence after president Nkurunziza's decision to seek a third presidential term. 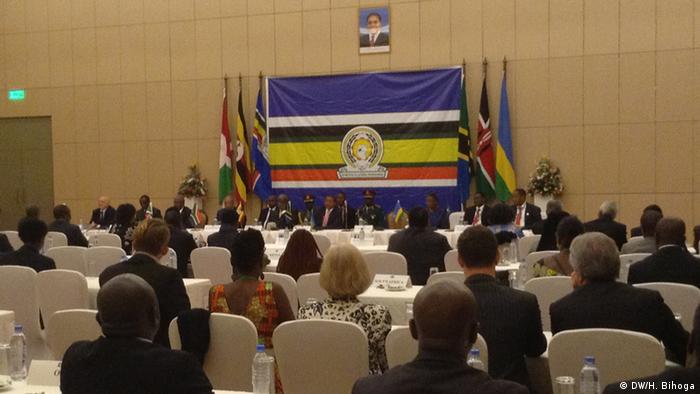 Burundi's electoral body announced Wednesday it will delay scheduled local and parliamentary elections after more than a month of sometimes violent protests against President Pierre Nkurunziza's bid for a third term.

Nkurunziza's campaign for a third presidential term ignited Burundi's worst crisis since an ethnically-fuelled civil war ended in 2005. His opponents say he is constitutionally prohibited from running for a third term.

Over thirty people have been killed in almost daily protests since April 26, and thousands have fled to neighboring Rwanda in order to escape potential political and ethnic violence. Parliamentary elections were scheduled to take place this Friday, with a presidential poll on June 26.

"It is sure. There will be no elections on Friday," Willy Nyamitwe told news agency AFP.

African leaders meeting at a summit in Tanzania Wednesday called to delay the planned elections by at least a month and a half.

"The June 5 local and parliamentary elections are postponed until another date that is unknown. The authorized persons will announce it in hours, in days ahead," electoral body CENI president Pierre Claver Ndayicariye said in a broadcast on Nigerian state TV.

Opposition parties welcomed the news of the postponement, but insisted Nkurunziza cannot stand for a third term.

"We can't go into elections with Nkurunziza, it would be against the constitution," said Charles Nditije, speaking on behalf of a group of 17 opposition parties.

"For us the issue of Nkurunziza's third term remains non-negotiable, but as regional heads of state have formulated a framework for dialogue, we are ready to discuss this issue around the table," Nditije said.

Nkurunziza, who survived a coup attempt last month, has refused to withdraw his candidacy in the face of domestic and international pressure. The recent violence has led to unease in a region with a history of ethnic conflict.

Burundi has the same mix of majority Hutus and minority Tutsis as in neighboring Rwanda, where a 1994 genocide led by Hutu extremists left 800,000 mainly Tutsi and moderate Hutus dead.