The government in Burundi has announced new dates for parliamentary and presidential elections. They were both delayed following weeks of civil unrest after the president said in April he would stand for a third term. 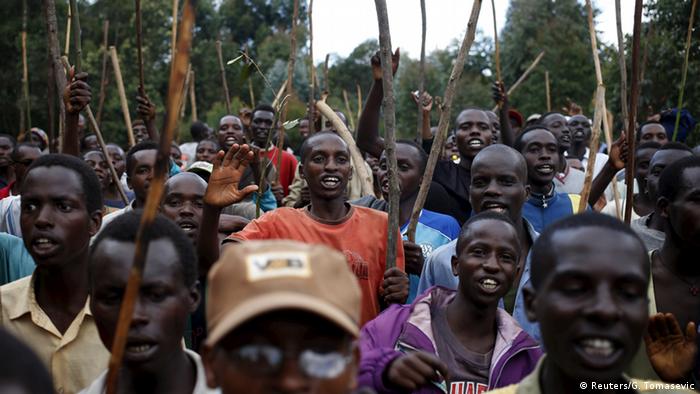 President Pierre Nkurunziza has approved parliamentary elections for June 29 and a presidential poll for July 15.

"He has published the decree," spokesman Gervais Abayeho said on Wednesday.

The revised dates were proposed by the electoral commission, CENI. The parliamentary dates were originally set for May and the presidential vote for late June.

Burundi's opposition has rejected the commission's proposal saying its demands for free elections have not been met.

There have been protests, unrest and a failed coup since Nkurunziza announced in April that he would run for a third term.

The constitution limits presidents to two terms but Nkurunziza has claimed that he was elected by parliament - not voters - in 2005, which allows him to stand again. The Constitutional Court ruled in favor of the president.

Nkurunziza's spokesman, Philippe Nzobonariba, said on Wednesday that the president's decision to stand for re-election was "non-negotiable" and the polls would not be delayed again.

The UN estimates that up to 100,000 people have fled the threat of violence in recent weeks across Burundi's borders to neighboring Democratic Republic of Congo (DRC), Rwanda and Tanzania.

"Every day, we receive 40 to 50 calls from frightened people all across the country pleading for protection or reporting abuses," the commissioner said in a statement on Tuesday. "If state authorities are indeed colluding with a violent lawless militia in this manner, they are gambling with the country's future in the most reckless manner imaginable.

"The last thing Burundi needs after a decade of gradual and largely successful peace-building is to be catapulted back into civil war because of a small number of people's ruthless determination to retain, or gain, power at any cost," he stated.