Following days of chaos and claims by a military general that the government had been toppled, Burundian President Pierre Nkurunziza says he has returned and regained control of the capital. 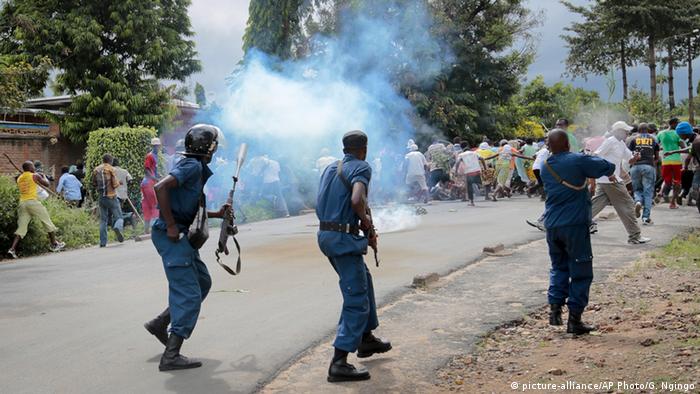 Burundian President Pierre Nkurunziza arrived back in the country Thursday, a day after a coup was declared while he was in Tanzania for regional talks, according to an announcement made by his office.

"The president is now in Burundi," said his senior communications adviser Willy Nyamitwe. "That's all we can say because of security reasons," he told AFP.

Reuters confirmed that Nkurunziza himself had communicated his return, quoting a mobile text message that the president had travelled from Tanzania where he had escaped the attempted ouster.

The head of Burundi's army said on Thursday that the coup had failed, despite reports of sporadic gunfire through the day, suggesting that the battle for power was not yet over - at least in the capital, Bujumbura.

A day earlier, Major General Godefroid Niyombare announced by radio that Nkurunziza had been overthrown, saying he had sacked Nkurunziza for seeking an unconstitutional third term in office. This resulted in heavy fighting, in particular around the state broadcasting headquarters. All communications were halted on Wednesday, causing alarm throughout the African Union and abroad.

Washington announced Thursday that it recognized Pierre Nkurunziza as the president of Burundi. "There are competing claims to authority, but we recognize [Nkurunziza] as the legitimate president," said Jeff Rathke, a State Department spokesman.

The US was following "closely" the reports of ongoing clashes in the Burundian capital and "calling for all actors in Burundi to show restraint."

The United Nations says more than 70,000 Burundians have fled to neighboring states, unsettling a region which has a history of ethnic conflict.

African nations also condemned the takeover attempt. Nkurunziza, who sparked more than two weeks of protests by saying he would seek another five years in office, was in Tanzania for an African leaders meeting on Wednesday when the attempt to topple him was announced. 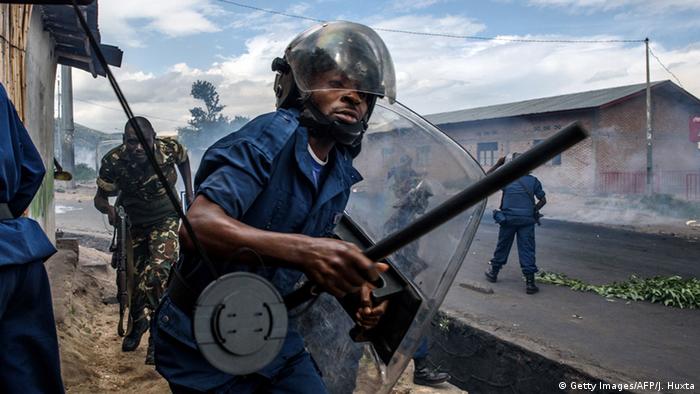 The African Union criticized any attempt to seize "power through violence" and called for dialogue to resolve the crisis, according to the continental body's Peace and Security Council.

It "condemned the violent unrest in Burundi and specifically condemned both those who facilitate violence of any kind against civilians and those who seek to seize power by unlawful means."

"East African leaders are determined to find a lasting solution to Burundi's crisis," Tanzanian Foreign Minister Bernard Membe said in Dar es Salaam. "Africa does not want the leadership of any country to be assumed by the barrel of a gun."

In Burundi's civil war that ended a decade ago, the army was commanded by Tutsis who fought against rebel groups of the majority Hutus, including one led by Nkurunziza.

The military has since been reformed to absorb rival factions, but fault lines in its ranks have remained, fuelling fears of a slide back into ethnic bloodletting and causing deep concern in Burundi and the entire region.

Burundi army General Godefroid Niyombare has claimed he has ousted President Pierre Nkurunziza who was seeking a third term in office. But it's unclear who holds power, says analyst Yolanda Bouka. (13.05.2015)