A deputy leader of the coup purporting to have toppled Burundian President Pierre Nkurunziza has admitted the putsch attempt has failed. General Cyrille Ndayirukiye said that the coup had faced overwhelming resistance. 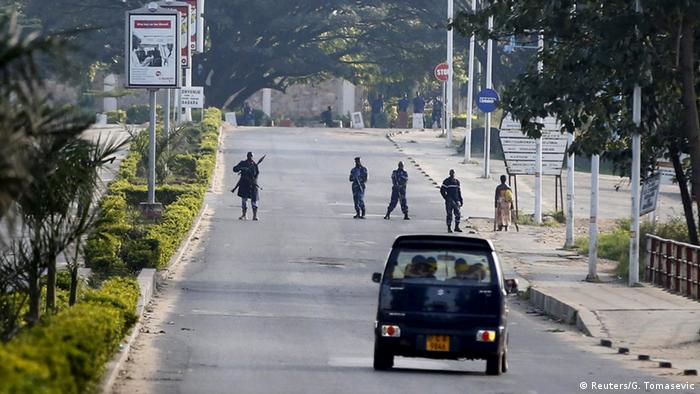 Ndayirukiye's admission of failure came after the presidency announced that Nkurunziza - who had been in Tanzania when the coup was declared - had returned to the country.

"Personally, I recognize that our movement has failed," Ndayirukiye told the AFP news agency. "We were faced with an overpowering military determination to support the system in power."

Ndayirukiye also made the admission to the French broadcaster Radio France International.

A senior police official told AFP late on Thursday that rebels were in "complete disarray." Some had surrendered and some were fleeing, he said.

Loyalist troops said they had fought off two major attacks in a battle for control over the state radio office RTNB. Station director Jerome Nzokirantevye said it was "loyalist soldiers who are in control."

The control of RTNB was seen as vital to control the flow of information, with other stations no longer operational. State radio played music after briefly going off air amid the fighting.

President Pierre Nkurunziza was in Tanzania at the time of the coup, where a meeting was being held with regional leaders about the political crisis in his country.

Late Thursday, his office announced on Twitter that Nkurunziza was back in Burundi but the report could not be independently verified. In the tweet, the president congratulated the army and the police for their patriotism.

Major General Godefroid Niyombare announced the coup on Wednesday and had closed the main airport of the capital, Bujumbura, in an apparent attempt to bar the president's re-entry into the country.

The UN Security Council and Secretary-General Ban Ki-moon, as well as regional leaders, condemned the instigators of the attempted coup for trying to oust the elected government.