Gunshots and explosions have been heard at a hotel in Burkina Faso's capital, Ouagadougou. Al Qaeda-linked militants have also reportedly taken an unknown number of hostages. 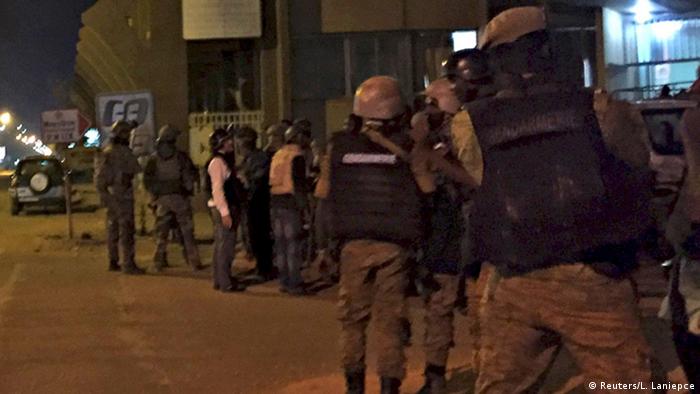 Security forces arrived shortly after, prompting an intense exchange of gunfire in the capital's business district. The gunmen also took an unknown number of hostages.

"We know that there are victims and there are hostages," Burkina Faso Foreign Minister Alpha Barry told the AFP news agency. "Currently the area is blocked by security forces waiting for an assault to free the hostages."

Al Qaeda in the Islamic Maghreb (AQIM) said they were behind the attack. The "mujahideen brothers" of al Qaeda in the Islamic Maghreb "broke into a restaurant of one of the biggest hotels in the capital of Burkina Faso, and are now entrenched and the clashes are continuing with the enemies of the religion," the SITE Intelligence Group quoted an Arabic-language AQIM message as saying. 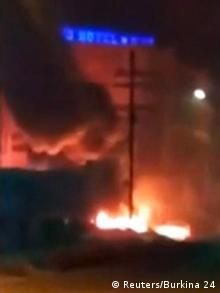 Along with two other groups, the ultra hardline militants also claimed responsibility for November's attack on a Radisson Blu Hotel in the Malian capital, Bamako. Twenty people died in the raid, including 14 foreigners.

France's ambassador to Burkina Faso, Gilles Thibault, confirmed on Twitter late on Friday that a curfew had been implemented in Ouagadougou from 11 p.m. until 6 a.m. on Saturday. According to Ministry data, more than 3,500 French nationals live in Burkina Faso, a former French colony.

The US Embassy in Ouagadougou said it was "aware and closely following the situation downtown."

Since Burkina Faso's veteran President Blaise Compaore was overthrown in a popular protest in October 2014, the largely Muslim country has endured bouts of political turmoil, but has been largely spared violence by Islamist militants.