Roch Marc Christian Kabore will serve another 5-year term as president of the west African nation of Burkina Faso, according to provisional results. Opposition figures have said the election was not entirely fair. 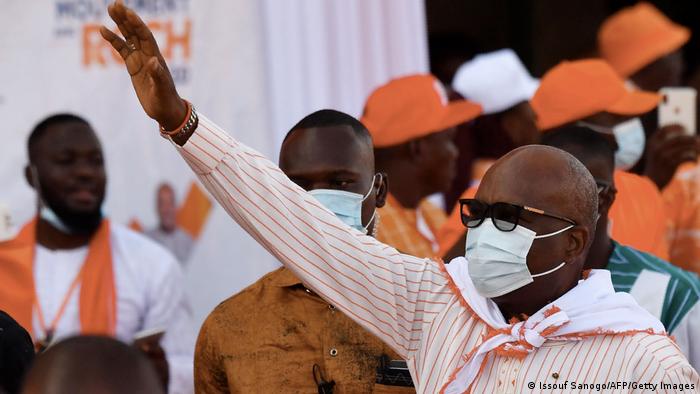 Kabore, who became president of the west African nation in 2015, beat out 12 opponents in the first round, receiving 1.6 million out of 3 million votes cast.

The landslide victory removes the need for a runoff ballot, which his opponent were hoping for.

Many opposition figures decried the election as marred by bribery and irregularities, but independent commentators say the election was the most open for years. Because of unrest caused largely by jihadi insurgents from neighboring Mali, polling stations were unable to open in at least one fifth of the country. 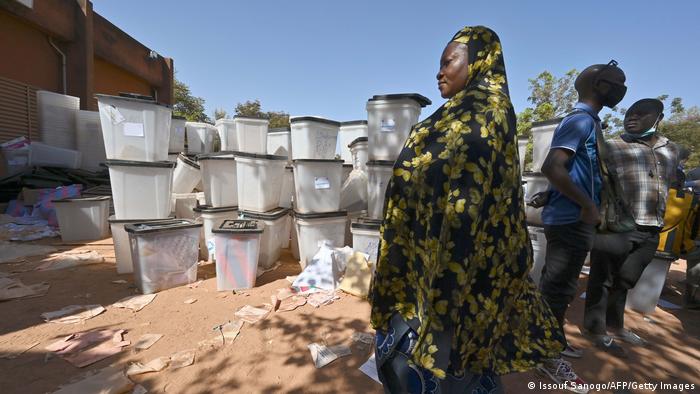 A woman walks past ballot boxes in Burkina Faso

"We are all Burkinabe, seeking to build a better Burkina Faso together," he said.

"It is a victory and we do have joy in our hearts, but there is also a major responsibility — that of being the president of all Burkinabe, without exception."

Kabore, 63, has been under fire for what critics say has been a lackluster response to the 5-year-old jihadist insurgency that has rolled in from Mali.

In Burkina Faso, once known as a country of peaceful coexistence, mistrust is growing between ethnic groups in the wake of terrorist attacks and banditry. Insecurity kept hundreds of thousands of Burkinabe from voting.

#MeToo movement takes off in Greece 45m ago