In Burkina Faso, once known as a country of peaceful coexistence, mistrust is growing between ethnic groups in the wake of terrorist attacks and banditry. Insecurity kept hundreds of thousands of Burkinabe from voting. 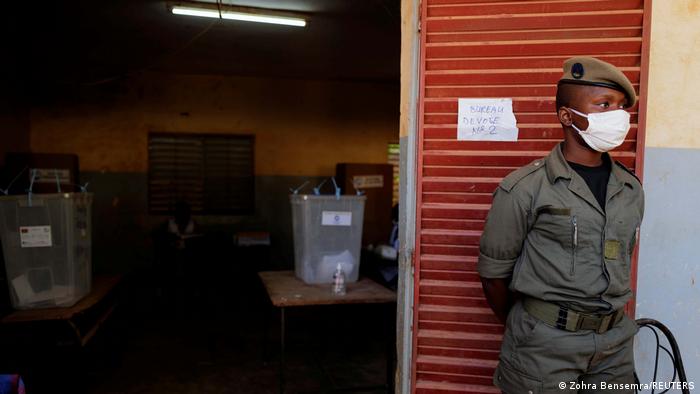 With less than 5% of the votes counted after Burkina Faso's election, incumbent President Roch Kabore was leading the race on Tuesday, according to the country's electoral commission. Sunday's poll was widely seen as the country's most democratic and competitive to date, with 13 candidates vying for the presidency, including one woman.

But voting was overshadowed by the threat of Islamist violence. The electoral commission admitted that around 350,000 of the 6.5 million voters were unable to cast their ballots due to security threats, particularly in the country's East and the North regions.

The prevailing insecurity and the state's lack of effective response have led many Burkinabe to take the law into their own hands, thereby eroding its model of religious and ethnic coexistence.

In Nioko 1, a suburb of the Burkinabe capital Ouagadougou, 20 dusty mopeds and a few bicycles stood close together in a shed secured by a heavy metal door and iron chains. The vehicles were stolen property recovered from thieves by the self-defense militia Koglweogo, according to the group's leader Jean Kabore, who proudly suggested that the owners could now come forward and pick up their stuff. 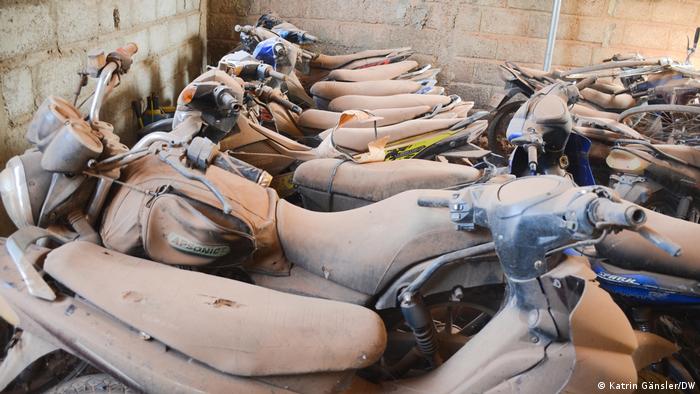 Motorcycles allegedly recovered from thieves by the self-defense militia Koglweogo

But the time when they stored large quantities of recovered items are long past.

"We have been active for six years now. It has become much safer, and the criminals have long since moved elsewhere," said the president of the Koglweogo group. The name means "guardian of the forest" in More, the language of the Mossi.

The Koglweogo are one of many self-defense militias in the country of 20.8 million inhabitants. They are recognized by the authorities, which means that the state has long since given up on its monopoly on the use of force.

The situation is not to everybody's liking. Issa Diallo, president of the national commission of the Fulani language, said his people were afraid of the self-defense militias.

"Those who live in the rural areas sleep poorly or not at all," Diallo told DW. He accused the militias of operating outside the legal system and of brutality against other ethnic groups.

The Koglweogo are considered to be a coalition of the Mossi. This is rejected by the regional group of Nioko 1, which maintains that its members come from all ethnic groups and provide protection for churches and mosques. 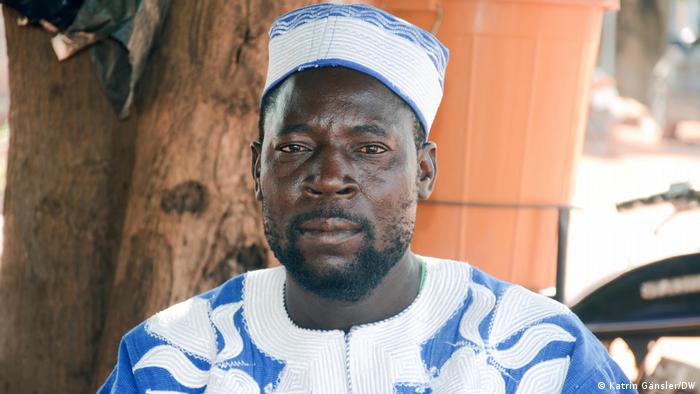 The situation has led to growing mistrust between ethnic groups. "In the North, for example, a Fulani, a male Fulani, cannot walk alone. He would never come back," Diallo said. According to information from Human Rights Watch (HRW), Fulani were massacred by the army in the city of Djibo.

Fulanis are often accused of being members of the Malian terror movement Jama'at Nusrat al-Islam (JNIM), since the movement's leader, Amadou Kouffa, belongs to their ethnic group.

JNIM has also been active in the northwest of Burkina Faso for several years. According to Diallo, the authorities will not make an effort to combat this dangerous stigmatization.

The fairy tale of peaceful coexistence

No matter whom you talk to in Burkina Faso, everyone agrees that trust is lost. People no longer like to let strangers — who may carry hidden explosives — into their homes. Miphal Ousmane Lankoande, executive secretary of the civil society movement Balai Citoyen (Citizen Broom) and a sociologist, stressed that actions by what he called "external forces" are causing panic among the population.

This hits Burkina Faso all the harder because the country has long been regarded throughout West Africa as a model of stability and consensual coexistence. Deeply divided Nigerians, for example, have often looked to Burkina Faso with something akin to admiration.

Lankoande said this is but a myth: "In the history of Burkina Faso there have been fratricidal wars and ethnic conflicts." Differences could ever only be overcome through oral agreements, he added.

In any case, the idea of a everlasting peace is not really helpful. "Young people, in particular, assume that we have lost something." It would be much more useful to convey the notion that the population had struggles to be reconciled over and over again, Lankoande told DW. The search for improvement

There are initiatives striving for reconciliation in this way. Issa Diallo, however, no longer believes in large conferences. Their results are hardly ever implemented and sometimes not even acknowledged, he said, pointing out that incipient terrorism was already being discussed ten years ago.

Lack of progress cannot be ascribed to a dearth of resources: "Several donors have made available a lot of money to restore social peace. But nothing has changed. One must therefore conclude that the meetings are pointless. Things would not be any worse than they are without them." In Diallo's opinion, the law needs to be enforced.

Back in Nioko 1, however, Jean Kabore believes a national dialogue could be fruitful. "It would be a good thing," he thinks, "it could bring many people together. In the end, a dialogue would also bring us peace."