Burkina Faso heads towards elections one year after uprising

Burkina Faso goes to the polls on October 11, 2015. Voters will elect a new president to replace Blaise Compaore, who was forced into exile by massive street protests that ended his 27-year rule. 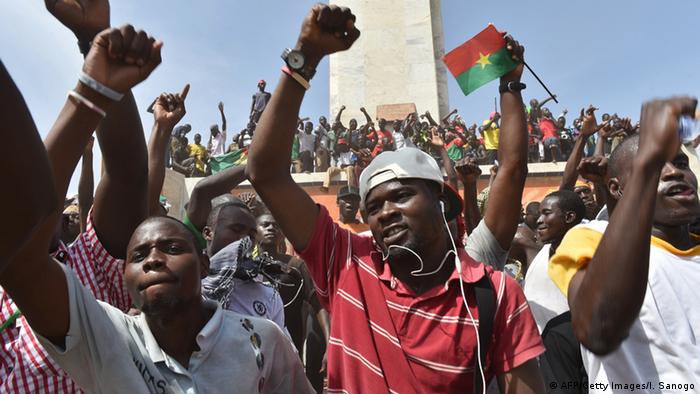 The younger generation is hoping for a change in Burkina Faso, one of the world's poorest countries. The historic vote could be farewell to the old guard. In the capital Ouagadougou, August is the rainy season. Prosper Simpore trudges through deep puddles and must be extra careful while climbing the stairs to the first floor in the dilapidated house of Francois Compaore. With his wet shoes he could slip. Francois Compaore is the brother of Blaise, the ousted president. He possessed a swimming pool, which has to be seen to be believed. Simpore shows it to the visitors.

This luxurious home even had an air-conditioned dog kennel. Simpore and his friends are now regular visitors to the ruins. They also sell photos and DVDs that document Compaore's 27 years in power.

The forthcoming elections in October are expected to usher in a new era and a new leader. Prosper Simpore says the days of the old regime are over. "Even if they wanted to, they cannot return," he said. 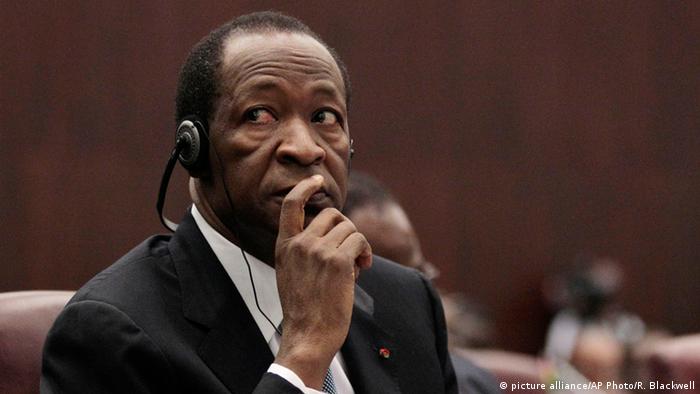 But members of the old regime may indeed be permitted to join the electoral process. This is for the Court of Justice of the regional body ECOWAS (Economic Community of West African States) to decide. It recently nullified Burkina Faso's new electoral law.

"We should leave it to the voters," said Adam Ouedraogo Damiss from the newspaper L'Observateur Paalga."You must trust the people, they drove Compaore away."

Two months before the election, not all Burkinabes believe the poll will be peaceful.

"Today, I cannot guarantee that all stakeholders will accept defeat," Sanou said. He therefore sees civil society, a non-partisan entity in the electoral process, as having a crucial role to play. "Stability and peace are the most important things for the country."

No ‘great expectations' after the election

The best political ideas will not help if the economic situation does not improve. Burkina Faso is one of the poorest countries in the world. That will not necessarily change after the elections, Sanou said.

"None of the political parties competing in these elections have a program addressing the issue of underdevelopment in our country and I do not expect miracles after the election," he said.

Burkina Faso has a history of military coups. In 1983, Thomas Sankara, who is revered by today's younger generation, took power in a coup. 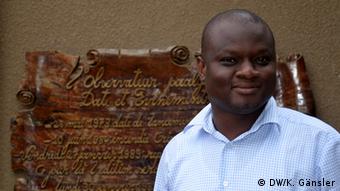 Three years later he was overthrown by a former associate Blaise Compaore. To this day, the presidential guard remains a powerful force within the military.

However last month the presidential guard tried to force the head of the transitional government, Isaac Zida, to resign. They were unsuccessful.

Proud of the peaceful revolution

Journalist Adama Ouedraogo Damiss doesn't think another coup is probable in the near future -the November 2014 people's revolution was largely peaceful and the likelihood of the the military trying to seize power is small.

The revolution made international headlines and in the ruins of Compaore's residence, Prosper Simpore is still proud of that uprising. But he thinks the past should not be forgotten. Simpore and his friends want the ruins to be converted into a museum.

"We have already asked Prime Minister Isaac Zida for an appointment, but have not yet received a response, but we are full of hope," he said.

Authorities in Burkina Faso have issued a decree alocating ministerial posts in an interim government. The military claimed six posts, including the key ministries of the interior and defense. (24.11.2014)

Military, civilian and religious leaders in Burkina Faso have reached an agreement to return the country to civilian rule after two weeks of uncertainty. The accord was agreed to unanimously. (14.11.2014)

Burkina Faso: What next after Compaore’s exit?

The military, opposition parties and other representatives may have agreed on a plan for a transitional authority in Burkina Faso. However, it is far from clear whether the coup in Burkina Faso will have a peaceful end. (10.11.2014)