Under German colonial rule, members of native tribes in what is now Namibia were massacred after an attempted uprising. The president of the Bundestag has referred to the incident as genocide. 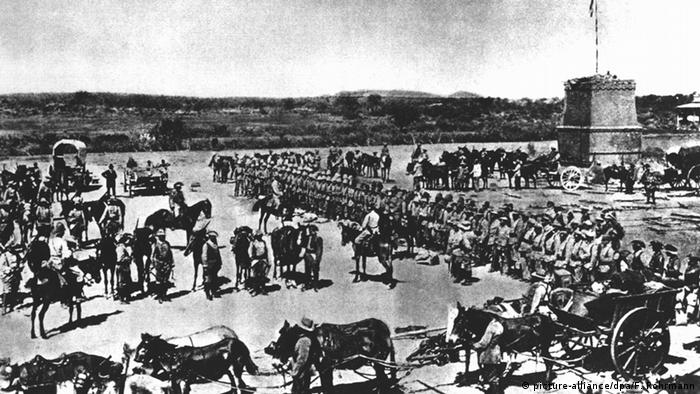 In an article written for the German newspaper "ZEIT," Norbert Lammert, the president of Germany's parliament, said anyone who refers to the Turkish massacre of Armenians in 1915 as genocide must also acknowledge that atrocities committed by German imperial troops a decade before in what is now Namibia should also be described as such.

"Measured against today's standards of human rights, putting down the Herero rebellion was genocide," Lammert wrote.

German South-West Africa, presently known as Namibia, was a colony of the German empire for 31 years during a period that ended July 9, 1915. When several thousand members of the Herero and Nama tribes rose up against the Germans' colonial rule, they were brutally rebuffed. Between 1904 and 1908, tens of thousands of people were killed in an effort to squash the rebellion.

Lammert said that the Herero and Nama were not only killed in fighting, but also fell victim to sicknesses. Some died after being deliberately left to die of starvation or thirst, and others died in concentration camps or as a result of forced labor.

In April, upon the 100 year anniversary of the Armenian massacre under the Ottman Empire, Lammert also used the word genocide to describe that period. German President Joachim Gauck echoed Lammert's words at the time. Turkey does not consider the massacre to be genocide.

Earlier this week, a delegation from the Namibian activists' group "Volkermord verjährt nicht" (Genocide doesn't have a statute of limitations) presented a petition to Gauck calling the German government to recognize the Herero massacre as genocide. Several prominent members of the opposition in parliament were among the signatories.

Lammert is a member of Chancellor Angela Merkel's CDU party.

Will Germany ever recognize the Namibian genocide?

In April, Germany recognized the Armenian genocide. Germany, as the former colonial ruler of Namibia, has however not yet recognized the murder of tens of thousands of Namibians as a genocide. Many say the time is ripe. (01.06.2015)