The short-lived center-left coalition in the German state of North Rhine-Westphalia has been forced to call snap elections after failing to get the backing for its new budget. 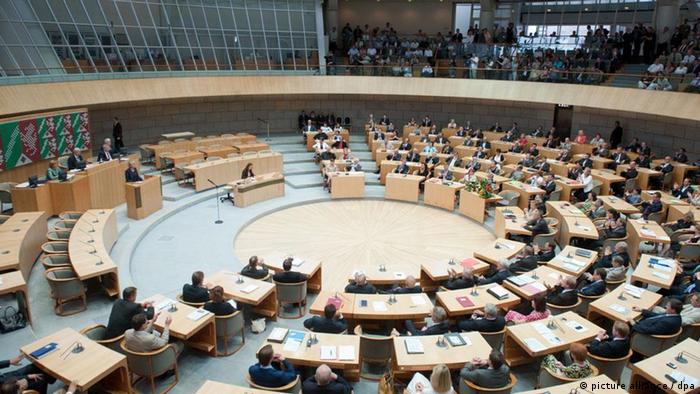 The red-green minority government in the German state of North Rhine-Westphalia (NRW) has collapsed after just over 18 months under Premier Hannelore Kraft. It's been forced to call a snap election after all three opposition parties rejected the 2012 budget proposal.

Elections will be held as soon as May 6 or May 13.

In Düsseldorf, where the NRW parliament resides, the political analyst Ulrich von Alemann said the snap elections may be a calculated move because the red-green camp, consisting of the red Social Democrats and the Greens, is ahead in the polls. But in an interview with DW, von Alemann said it was also a logical consequence of the coalition government's failure to get support for the budget.

Black at the top

The main opposition in NRW, the Christian Democratic Party (CDU) – which carried the color black – has backed the new elections. It's hoping to become the strongest party in NRW and place its state head, Norbert Röttgen, who is also the federal environment minister, in the top job. 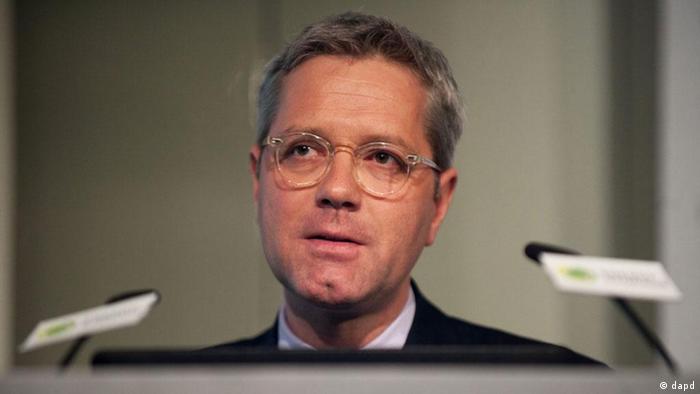 Röttgen: a toss up between federal and state politics

In the latest polls, the two biggest parties, the SPD and CDU, have roughly equal ratings of 35 percent. It's the same as at the time of the last state elections in 2010.

But analyst von Alemann thinks that will change.

"I expect the SPD to get a significant push because Kraft will want to make the most of the fact that she is the state premier," said von Alemann.

The risks are considerably higher for Kraft's opponent Norbert Röttgen.

To help secure the confidence of voters, Röttgen would have to pledge a move from federal to state politics - even if he loses - to be an effective opposition leader.

"That would mean swapping his big role as one of the important ministers in Chancellor Angela Merkel's cabinet," said von Alemann, "for that of an opposition leader in a provincial state parliament."

FDP heading for the wall

The question is, why did the only other mainstream party, the liberal FDP, decide to reject the budget and later back the snap election? The FDP has little chance of making it back into the NRW parliament.

Ulrich von Alemann says the FDP has committed "political suicide" and says it's inexplicable. Although, he does suggest that the party could "send a few of its MPs home or simply abstain."

But the party is now in serious danger of failing to get the five percent of the vote needed to get into the state parliament. They will have to run a strong campaign to improve on their low of two percent in the polls.

Not the end yet 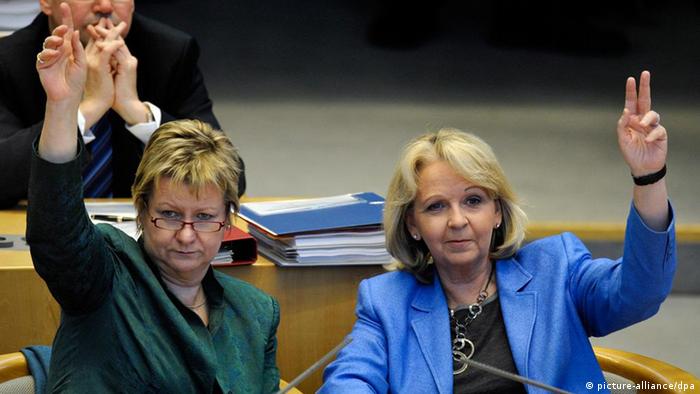 Sylvia Loehrmann of the Greens (l) and Hannelore Kraft of the SPD (r): waving...

There had been speculation about the end of the red-green coalition days before it lost the budget vote. Hannelore Kraft had herself described the budget debate as a test.

But things had been going well for the minority government. It had managed to form various majorities to achieve good results in areas such as school reforms. Sometimes it went with the CDU, other times with the FDP. And for this very reason, von Alemann says NRW could yet see Hannelore Kraft emerge from the up-coming snap elections with her head held high.

There will now be early elections in three German states. It's all down to the problem of forming stable coalitions in a multi-party system. DW's Peter Stützle says such problems also affect national politics. (15.03.2012)

Early elections are planned in the state of North Rhine-Westphalia. But while it was Chancellor Angela Merkel’s coalition partners who precipitated the regional government’s collapse, they may also be the biggest losers. (14.03.2012)

Over two years into the job, Germany's environment minister has made his first visit to the site of one of the country's dirtiest problems: The collapsing nuclear waste dump at Asse. (13.03.2012)