A 75-year-old Buddhist Monk was found with his throat slashed, inside a monastery in Bangladesh. It's the latest in a spate of grisly murders, including seven in the past month. 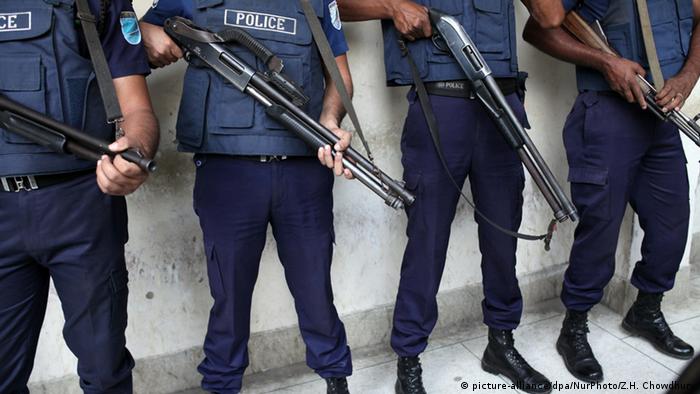 Police said the body of Maung Shue U. Chak was discovered Saturday morning when his daughter-in-law arrived to bring him food.

"Villagers found Bhante [monk] Maung Shue U. Chak's dead body in a pool of blood inside the Buddhist temple this morning," said Jashim Uddin, deputy police chief of Bandarban. "He was hacked to death."

It appears there were multiple attackers.

"We saw human footprints in the temple and found that four to five people entered the compound," Uddin added.

The temple is located in Baishari, about 220 miles (350 kilometers) southeast of the capital, Dhaka.

Bangladesh, an officially secular country with a Muslim majority, has seen a spike in gruesome murders in recent years, with seven in the past month alone. The victims have often been members of an ethnic or religious minority or atheists.

The country of 160 million people is nearly 90 percent Muslim - less than 1 percent is Buddhist.

The country's main Islamist party called a nationwide strike this week to protest the hanging of their leader Motiur Rahman Nizami. He was executed for war crimes committed during the country’s war of independence from Pakistan in 1971.

Clashes subsequently broke out between strikers and police.

The Supreme Court in Dhaka has confirmed the death sentence for Islamist leader Motiur Rahman Nizami. Nizami was convicted of rape and murdering top intellectuals during Bangladesh's 1971 war of independence. (05.05.2016)