The bubonic plague: it still gives us the creeps, centuries after it wiped out swathes of Europe. The disease still exists, with Peru, China and the US regularly reporting cases. But one island is particularly hard hit. 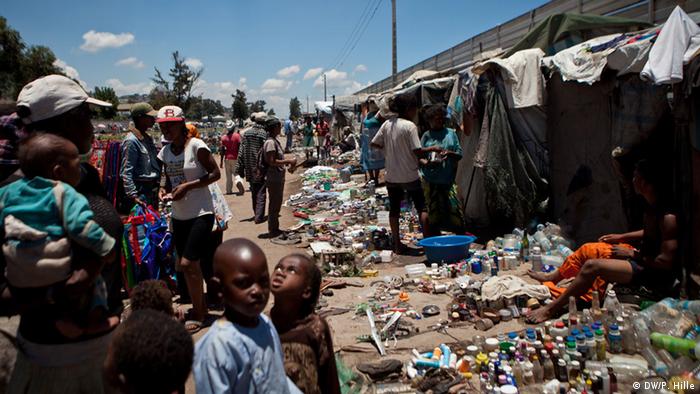 Ankasina is a poor and overcrowded slum on the northern edge of Madagascar's capital city Antananarivo. Waste water flows through open gutters; dirt and garbage collects in heaps on the streets. The area is infested with rats, local residents say. Many blame the state for neglecting the neighborhood.

And now, the rats have brought in an even bigger problem: the plague. For the first time in ten years, the disease has started to spread in Madagascar's capital. A young woman from Ankasina died from the bubonic plague; she most likely contracted it after being bitten by a flea, which had contracted the bacteria from the rodents. She is one of 47 people who have died in the current outbreak on the island.

Madagascar's Prime Minister Kolo Roger admits that the plague has now also entered the capital city. He speaks of an epidemic on the island. "For each case, all the necessary measures have been taken to stop the spreading," he announced. "All cases, whether far away or in the capital of Antananarivo are being dealt with seriously." 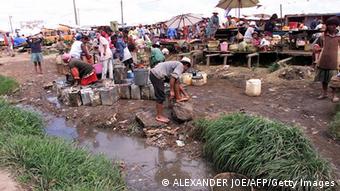 Madagascar is among the poorest countries in the world. Most people live on less than two US dollars per day. The health system is insufficient; in some rural areas it is hard to find a doctor at all. This makes people there vulnerable to infections in general, especially to disease transmitted by rodents and insects.

"Madagascar has been prone to plague outbreaks sporadically for many years," says Brendan Wren, an expert in infectious diseases at the London School of Hygiene and Tropical Medicine. The warm climate there was especially suitable for rodents and fleas transmitting the plague, he says. "But general hygiene is also a problem, for example, in overcrowded prisons."

Though the health ministry has announced that 200 households have been disinfected in a pest control campaign in slum areas around the city, the World Health Organization (WHO) is alarmed.

"We have never have seen so many cases in such a short time like now in Madagascar," the organization's spokesman Christian Lindmeier told DW. The organization has dispatched an expert to Antananarivo to assist local authorities contain the situation.

"The main thing to do now is to find and stop the source of the infection," Lindmeier said. "Insecticides have to be used against the fleas - which is the biggest challenge right now since these fleas have been found to be very resistant against the insecticides used."

The plague kills about one in ten patients who are infected. Patients first develop high fever, headache and painful swelling in lymph glands. In extreme cases, the patient's skin turns dark purple. Once diagnosed, patients can be treated with antibiotics. If they are diagnos-ed early on, they have better chances of recovering. But some of the strains found on Madagascar were found to be resistant to the antibiotics, according to Brendan Wren. He said it might be impossible to ever fully eradicate the disease. 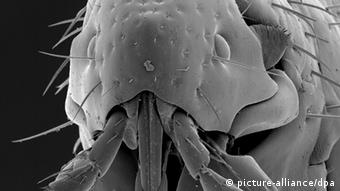 "A longer term solution would be a good vaccine," Wren said, adding that one had yet to be developed.

For now, people in Madagascar need to rely on existing antibiotics and insecticides in the fight the plague. And they will have to live with the fear of rats and fleas infesting their neighborhoods.

Beyond Ebola: Why rural development matters in a time of crisis

Ebola's impact on health distracts from another looming danger - hunger, says Kanayo Nwanze, the International Fund for Agricultural Development's President, as the One World Forum for the Future unfolded in Berlin. (24.11.2014)

WHO: Plague outbreak kills 40 in Madagascar

A bubonic plague outbreak has killed 40 people in Madagascar. The WHO warns there is a risk the disease could spread rapidly in the capital Antananarivo, where there is high population density and poor sanitation. (22.11.2014)