WHO: Plague outbreak kills 40 in Madagascar

A bubonic plague outbreak has killed 40 people in Madagascar. The WHO warns there is a risk the disease could spread rapidly in the capital Antananarivo, where there is high population density and poor sanitation. 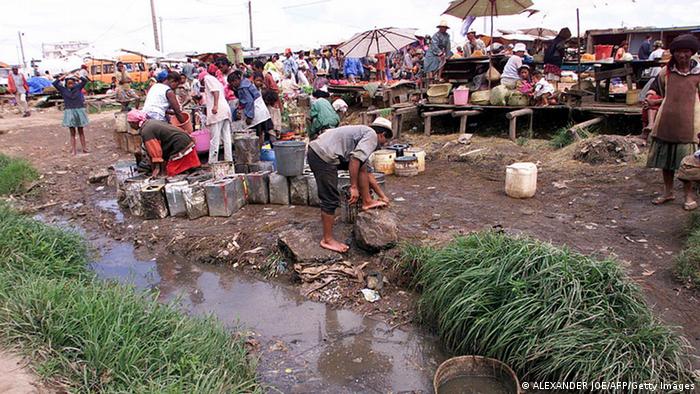 The UN health agency said at least 119 cases of infection had been confirmed across the Indian Ocean island nation since the first plague victim was diagnosed in late August.

So far, two cases and one death have been recorded in the Madagascan capital Antananarivo.

"There is now a risk of a rapid spread of the disease due to the city's high population density and the weakness of the healthcare system," the World Health Organization (WHO) said in a statement released on Friday.

The agency warned that fleas in Madagascar were showing a "high level of resistance" to the insecticide deltamethrin, creating major problems for authorities who were attempting to contain the outbreak with fumigations.

The bacterial disease is transmitted by fleas, which often live in the fur of wild rats and can easily jump from rodent to rodent. According to the WHO, humans bitten by an infected flea usually develop the bubonic form of plague, which swells the lymph node and, if diagnosed early, can be treated with antibiotics.

If the bacteria reaches the lungs, however, the patient can develop the more dangerous pneumonic plague.

This infection can also be transmitted from person to person through droplets spread by coughing. It can kill people within 24 hours, the WHO said, and is "one of the most deadly infectious diseases."

Two percent of the cases reported in Madagascar so far have been pneumonic.

The first known case in the plague outbreak was a man from Soamahatamana village in the district of Tsiroanomandidy, who was diagnosed with the disease on August 31 and died on September 3.

The WHO said it was notified on November 4, and that "personal protective equipment, insecticides, spray materials and antibiotics" had been made available to the affected areas.

Madagascar is home to some 22 million people, most if whom live in extreme poverty.

For five years Madagascar was paralyzed by a political crisis. New president Hery Rajaonarimampianina says he wants to reestablish the rule of law and fight corruption. This will be a tough task. (12.02.2014)