Widely recognized as having revolutionized American musical theater, Sondheim was best known for "West Side Story" and "Sweeney Todd." Frank Sinatra and Judy Collins sang versions of his hit song, "Send in the Clowns." 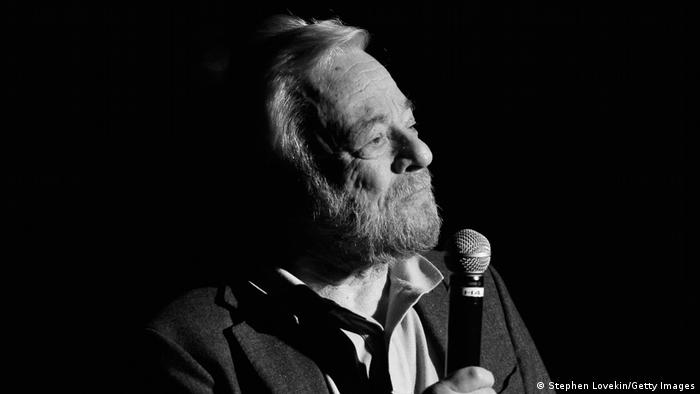 Sondheim wrote the lyrics to Leonard Bernstein's score for 'West Side Story,' inspired by Shakespeare's 'Romeo and Juliet'

Broadway composer and lyricist Stephen Sondheim died early Friday at the age of 91, his publicist said.

Sondheim died suddenly in his Connecticut home the day after celebrating Thanksgiving with friends, his attorney F. Richard Pappas said.

The legendary songwriter is recognized for helping American musical theater evolve beyond pure entertainment and reach new artistic heights with such works as "West Side Story," "Into the Woods" and "Sweeney Todd."

Born on March 22, 1930, in New York City, Sondheim was involved in musical theater from an early age, even though both of his parents worked in the fashion industry.

He started playing piano at age 7 and was family friends with Oscar Hammerstein II, half of the famed musical theater writing duo Rodgers and Hammerstein.

His first professional writing job was for the television comedy "Topper" in the 1950s. 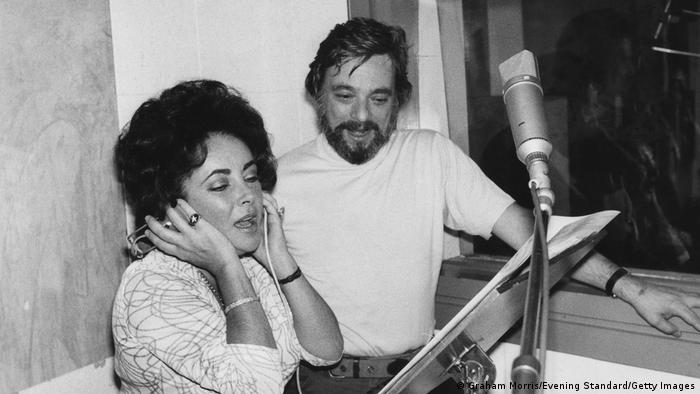 "West Side Story" was adapted into a film twice, first in 1961, starring Rita Moreno. The second, due to be released in early December, stars Ansel Elgort and newcomer Rachel Zegler.

Several other hit musicals by Sondheim have been turned into movies, including the 2014 film "Into the Woods," starring Meryl Streep, and 2007's "Sweeney Todd" with Johnny Depp.

Throughout a career that spanned more than five decades, Sondheim won eight Grammy Awards, eight Tony Awards — including a special lifetime achievement award — one Academy Award and a Pulitzer.

He was nominated for many more Grammys and Tonys, as well as two Golden Globes.

Sondheim's songs were celebrated for their sharp wit and insight into modern life and for giving voice to complex characters, but few of them made the pop charts.

He scored a hit, however, with "Send in the Clowns" from his 1973 musical "A Little Night Music." It was recorded by Frank Sinatra, Sarah Vaughan and Judy Collins, among others.

As well as "Company," his play "Assassins" has also been revived on Broadway this fall. 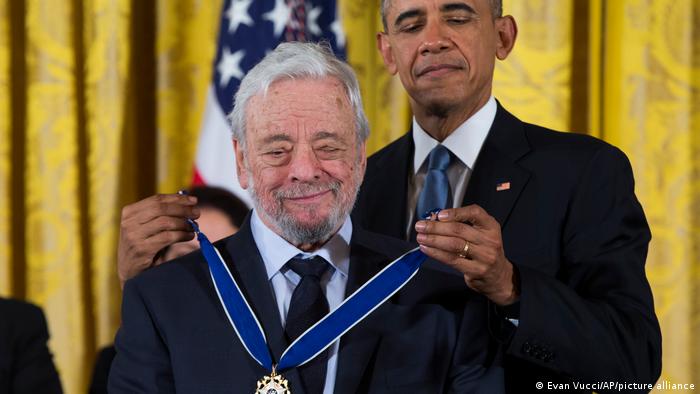 In 2015, then US President Barack Obama presented Sondheim with the Presidential Medal of Freedom, the nation's highest civilian honor, for his life's work.

Sondheim's repertoire includes much-loved shows such as "A Funny Thing Happened on the Way to the Forum" and "Into the Woods."

In 2017, Sondheim married his partner Jeffrey Romley, who survives him.

Singer Barbra Streisand led the tributes to Sondheim, tweeting: "Thank the Lord that Sondheim lived to be 91 years old so he had the time to write such wonderful music and GREAT lyrics!"

Fellow composer Andrew Lloyd Webber wrote: "Farewell Steve, the musical theater giant of our times, an inspiration not just to two but to three generations. Your contribution to theater will never be equaled."

"Thank you for everything Mr. Sondheim," tweeted Broadway actor Aaron Tveit, who recently won the Tony for best actor. "We are so lucky to have what you've given the world."

"We shall be singing your songs forever. Oh, my heart hurts," she wrote on Twitter.

Actress Bernadette Peters, who played the roles of Dot and Marie in "Sunday in the Park" and the witch of "Into the Woods," expressed sadness at the loss of a friend, tweeting, Sondheim "gave me so much to sing about."

Fellow actress Anna Kendrick, who starred as Cinderella in the film version of "Into the Woods," called Sondheim's death "a
devastating loss."

"Performing his work has been among the greatest privileges of my career," she added on Twitter.

"There are no words. He had them all. And the music. He was incomparable," the UK-based Stephen Sondheim Society, which is dedicated to promoting and studying his work, tweeted along with three heart emojis, one of them broken.

Broadway back after 18-month pandemic shutdown