British Professor: We Are Living in a ″Postdemocracy″ | Europe | News and current affairs from around the continent | DW | 13.09.2008

British Professor: We Are Living in a "Postdemocracy" 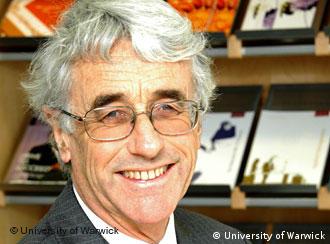 DW-WORLD.DE: Governments seem to work for the benefit of multinational companies. PR experts rule the level and content of the public debate. Parliaments have been invaded by lobbies. Doesn't all that constitute, at least technically speaking, the end of democracy as we know it?

Colin Crouch: Governments in countries where democratic institutions are strong cannot work solely for multinational corporations and PR experts cannot control all debate. Where governments have to face seriously contested elections, it is not possible to ignore the needs of ordinary people. Indeed, one reason why business has such political power is that governments depend on economic success to satisfy people's needs, and business seems to hold the answers to that success. PR experts cannot completely control debate where civil society outside the official political world is strong and vigorous. My book "Postdemocracy" is concerned with societies where democratic institutions are strong, and is about problems that occur for democracy within and despite that strength. The same forces that you mention -- MNCs, clever PR -- in a polity where democracy is young, with shallow root, would be far more damaging. 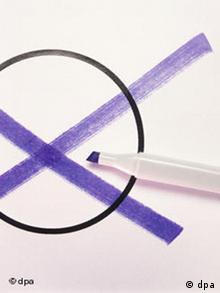 How much does PR affect democracy?

In the “Golden Age” of ancient Greece, Pericles promoted democracy while in the country slavery prevailed. Since then, democracy has always been accompanied by contradiction. In that sense, wouldn't all the factors you describe as “postdemocratic” really be a part of the natural evolution of democracy?

The meaning of democracy depends on the definition of the "demos," the people. Until the early 20th century, women were routinely excluded from the "demos" in societies which otherwise saw themselves as democratic. Today we exclude people below a certain age, foreigners living in the country, and sometimes (as in the USA) people with certain criminal records. Debates about the inclusiveness of democracy are different from those about the quality of democracy -- and it is the latter with which I am concerned.

Some of the symptoms described in your book are present in Latin America without a previous truly consolidated, democratic phase in the region. There has been no “parabolic” democratic development there and it seems, however, that post-democracy has also arrived in most Latin American countries. How would you explain that?

Some of the factors producing post-democracy might arrive in some societies without strong democracy. When the existing established democracies were acquiring their institutions such forces as global capital and sophisticated PR did not exist. It certainly makes life harder for young democracies -- in Latin America, Eastern and Central Europe, parts of Asia -- that these forces are already present. Is it being too cynical to wonder if the current enthusiasm for promoting democracy around the world, on the part of the western powers, is partly the result of confidence that today democracy can be effectively controlled?

You say that PR experts have taken control over the political debate, mostly during election campaigns. Could you give an example of this in relation to the current US race between Barack Obama and John McCain?

US electoral politics is so completely a set of media events that it is difficult to identify moments that are not PR-controlled. One consequence of this is that journalists -- who really resent PR control of their work -- are constantly seeking the slips of the tongue, the dirty little secrets that escape the PR machine. One thinks of incidents like McCain forgetting how many houses he owned (seven, in fact), and Obama's embarrassing preacher friend. But these things lead in turn to excessive attention being paid to unimportant little incidents. 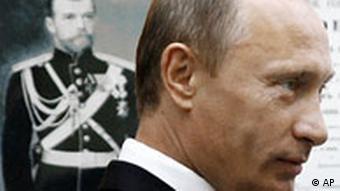 "Russia is a case of very, very imperfect democracy"

Russia recently changed its government in free elections (at least nobody contested them loudly). But it seems that it is the prime minister, rather than the president, who rules the country. The Caucasus crisis destabilized the region and also had consequences for EU policy. Do you see a “postdemocratic” background in this sequence of events involving Russia?

Russia is a case of very, very imperfect democracy, not of post-democracy. There has never been a period of democratic strength in all Russian history.

What about the apparent tolerance of the European Union towards the increasingly authoritarian regime in Russia? Are there also "postdemocratic" elements?

Relations between countries rarely have a moral basis. They are rooted in strategic and economic interests. This has always been true and is not really a part of post-democracy.

Your book gives the strong general impression that current democracy is not in a good shape, and not only in poorer countries, but also in developed ones. In this regard, my last question is rather simple: Does democracy have a future?

The purpose of writing a dystopia is to warn of coming dangers so that people might take action to avoid what is coming. To do that one has to be an optimist. But I see hope, not so much in a renewal of electoral democracy and political parties, but in the growth of a strong civil society -- with alert citizens and social movements who challenge the misuse of political and economic power in a whole range of ways. But these can never replace formal democracy, weakened though it may become by what I see as post-democratic forces.

Sociologist: Most Russians Don't Know What Democracy Is

Why can there be virtually no surprises in the upcoming Russian elections? DW-WORLD.DE spoke to Russian sociologist Lev Gudkov about voters, their relationship to the state and their views of the political system. (01.12.2007)

Democracy has to be defended on a daily basis, but political parties aren't the only ones responsible: Citizens also have to do their part, writes Omid Nouripour in his guest commentary for DW-WORLD.DE. (14.09.2007)

The increasing role of non-democracies in key UN bodies lead observers to wonder how the UN can live up to its ideals. The US and the EU should turn to the old-fashioned tools of diplomacy, argues Thorsten Benner. (17.05.2007)