Opinion: United Nations of Democracies and Dictatorships? | Europe | News and current affairs from around the continent | DW | 17.05.2007

The increasing role of non-democracies in key UN bodies lead observers to wonder how the UN can live up to its ideals. The US and the EU should turn to the old-fashioned tools of diplomacy, argues Thorsten Benner.

Last Friday, the UN Commission on Sustainable Development (CSD) elected Zimbabwe as its next chair. Much to their chagrin, EU countries, the US and Canada were outvoted in their opposition against installing Mugabe's repressive regime as chair of this major (even though for the most part dysfunctional) UN body.

The UK representative emphasized that for Zimbabwe to chair the "Commission, while [Mugabe's] own people suffer the appalling consequences of [Zimbabwe's] government policies, is wholly inconsistent with the Commission's aims. It damages the credibility of the Commission itself and its ability to deal with issues affecting the livelihoods of millions from the poorest countries."

This Thursday, Belarus, Egypt and Angola seek membership of the UN Human Rights Council. All three hardly live up to the criteria set out for membership in the new UN human rights body: "Contribution to the promotion and protection of human rights and [its] voluntary pledges and commitments made thereto." 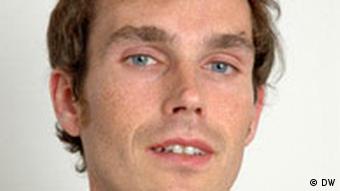 What strategy should democracies choose with regard to the role of dictatorships in UN bodies? "Simply accept it as a fact of life" is the first option recommended by many, especially the members of the Group of 77 (G77) developing country bloc at the UN.

Sudan's UN Ambassador Abdalmahmood Abdalhaleem, for example, argues that it is the "right of regional groups to choose whoever they want." He can refer to the UN charter to support his point. The charter states prominently that the UN "is based on the principle of the sovereign equality of all its Members."

Democracy at the UN means "one country, one vote." It is not for others to question how sovereign members exercise their right to vote. Case closed. A second option is based on the exact opposite view. It argues that the role of dictatorships undermines the credibility and effectiveness of the UN so that it is necessary to create alternatives.

Introduce a "democracies only" club?

US Senator and presidential candidate John McCain advocates "bringing democratic peoples and nations from around the world into one common organization, a worldwide League of Democracies. (…) The new League of Democracies would form the core of an international order of peace based on freedom. It could act where the UN fails to act, to relieve human suffering in places like Darfur."

Both options -- accepting the status quo and creating a new "democracies only" club outside the UN -- are short-sighted.

Simply acquiescing to the prominent role of dictatorships in UN bodies threatens to further undermine the standing of the United Nations in key countries that account for the vast majority of contributions to the UN budget, especially the US. It also undermines the credibility of the UN as a whole to stand up for the ideals enshrined in its charter.

Forming a "League of Democracies" outside the UN throws the baby out with the bathwater. A world organization of only democracies could not supplant the United Nations. This would amount to the same as restricting diplomacy to friendly and like-minded countries, while missing out on the very essence of the business of diplomacy.

We need an alternative strategy within the UN to further human rights and democracy.

First of all, democracies need to use the old-fashioned tools of diplomacy to reverse the trend of the increasing prominence of dictatorships in UN bodies. The EU and the US in particular should use the powers of moral suasion as well as hard economic and political incentives to ease individual developing countries out of the block of irresponsible voters. There is no inevitability for countries such as South Africa or Argentina to side with serial human rights abusers.

While engaging in diplomacy, the US, the EU and other democracies should be respectful in demeanour and firm on principles. They should make it clear that they are not willing to tolerate serial abuses of the goals of the UN on human rights.

The German foreign minister did exactly that earlier this year in his address to the UN Human Rights Council on behalf of the EU. He argued that "it is not acceptable that very serious human rights violations are not addressed -- or are not addressed with the necessary directness -- because regional or ideological solidarity takes precedence over the willingness to see critical situations without bias."

Aiming for a "community of democracies"

Establishing a "Democracy Caucus" within the UN would be another important element of a winning strategy. A Democracy Caucus would offer a complement to regional and other blocs within the UN for cooperation on resolutions and initiatives. This Democracy Caucus could also contribute to moving away from the confrontation between the "West vs. the rest" that currently poisons the atmosphere at the UN.

Major members of the G-77 developing country bloc, such as India, would also be members of the Democracy Caucus. This caucus could further a better understanding of what democracy is all about.

When confronted with the opposition to his candidacy, the newly elected Zimbabwean chair of the CSD said that critics had the "right to their opinions." He added that "at the end of the day the majority rules as democracy does." Once a vast majority of UN members understands that this misses the very essence of liberal democracy we will have come a long way in living up to the ideals of the UN.

As former UN Secretary-General Kofi Annan pointed out, "When the United Nations can truly call itself a community of democracies, the Charter's noble ideals of protecting human rights and promoting 'social progress in larger freedoms' will have been brought much closer."

Thorsten Benner is associate director of the Global Public Policy Institute (GPPi) in Berlin, an independent think tank focussed on effective and accountable governance and the reform of international organizations. (kjb)

From Africa to Germany, Blogs Reflect a Globalized World

As the number of blogs around the world continues to climb, many blogs focusing on local issues are gaining a global audience in this hyper-connected media landscape. (12.05.2007)

On the heels of a well-received report on Darfur by the newly revamped UN Human Rights Council, the body is in danger of having its power stripped away. The EU says, give the council more time. (24.03.2007)

Merkel and Chirac Urge African Leaders to Confront Own Crises

German Chancellor Angela Merkel and French President Jacques Chirac on Thursday urged African leaders meeting in the Riviera resort of Cannes to work to resolve ongoing crises on their continent. (16.02.2007)