British Historian Irving Gets Three Years for Holocaust Denial | Europe| News and current affairs from around the continent | DW | 20.02.2006

An Austrian court on Monday sentenced right-wing British historian David Irving to three years in prison for denying the Holocaust. Earlier, he had acknowledged that the Auschwitz gas chambers had existed. 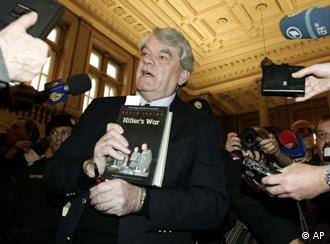 During the one-day trial, Irving had pleaded guilty to a charge from 1989 of denying the Holocaust, which in Austria is a crime, but said he no longer held that view.

"I acknowledge my guilt on this charge," he told judge Peter Liebetreu.

Irving said that he now realized his statement that "there were no gas chambers in Auschwitz (was) false."

He had earlier told reporters upon entering the court in central Vienna in handcuffs that it was "ridiculous for me to be standing here on trial for something I expressed 17 years ago.

"I am not a Holocaust denier," he added. "My views have changed. History is a constantly growing tree. ... The more documents are available, the more you learn, and I have learned a lot since 1989."

Asked about the Holocaust, he said: "I would call it the Jewish tragedy in World War II" and that millions of Jews had died.

Irving, whose handcuffs were removed as the trial began, insisted on the accuracy of his historical research as Liebetreu bombarded him with questions about Holocaust denials he had made in the past and what he thought now.

The 67-year-old said he had changed his mind since 1989 after discovering documents, some of them from Adolf Eichmann who organized the Nazi genocide of the Jews, while on a trip to Argentina. 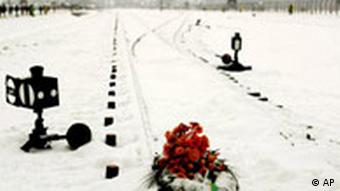 But Irving insisted on the logic of some of his past statements, such as saying the fact 100,000 people survived Auschwitz was a sign the gas chambers did not exist, even if he now regretted the formulation.

Under questioning from prosecutor Michael Klackl, Irving denied that his statement about the gas chambers was tantamount to denying the Holocaust.

"That was no Holocaust denial, that was only (a statement) about a part of the (Holocaust) history," Irving said.

Klackl later told reporters: "We know about David Irving, that he always tries to arrange every evidence and find many reasons why you should take his argument in the right way."

Irving faced up to 10 years in prison

The right-wing historian was arrested in November after a routine check on a highway in Austria.

The warrant for his arrest was issued by a Vienna court in 1989 after he allegedly denied at meetings in Austria that the Nazi regime used gas chambers in concentration camps.

Irving was on trial for also saying that the November 1938 Kristallnacht pogrom against the Jews was not the work of the Nazis but "unknown" people who had dressed up as storm troopers, and that Adolf Hitler had in fact protected the Jews.

Banned from living in Germany 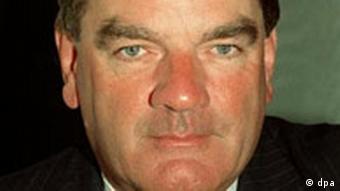 Irving has become notorious worldwide for attempting to establish, despite overwhelming evidence to the contrary, that Hitler was not party to the Holocaust, that there were no gas chambers in Auschwitz, and that the number of Jews killed by the Nazis was greatly exaggerated.

He has been condemned by the courts several times, notably in Britain and Germany, and last year he was refused entry to New Zealand. He is reportedly also banned from residing in Australia, Canada, Italy and South Africa as well as Germany.

Irving sparked widespread outrage with his book "Hitler's War" in 1977, in which he claimed the Nazi dictator did not know about the mass killings of Jews until 1943 and that he never ordered the Holocaust. He carried a copy of that book when he entered court Monday.

In 2000, he lost a high-profile libel case in London against US historian Deborah Lipstadt after she called him a Holocaust denier.

Controversial far-right British historian David Irving has been arrested in Austria on charges of denying the Holocaust. (Nov. 19, 2005)