Pauline Cafferkey had been accused of lying to doctors about Ebola symptoms when she returned to England in 2014. An investigative panel ruled she was too unwell to think clearly at the time. 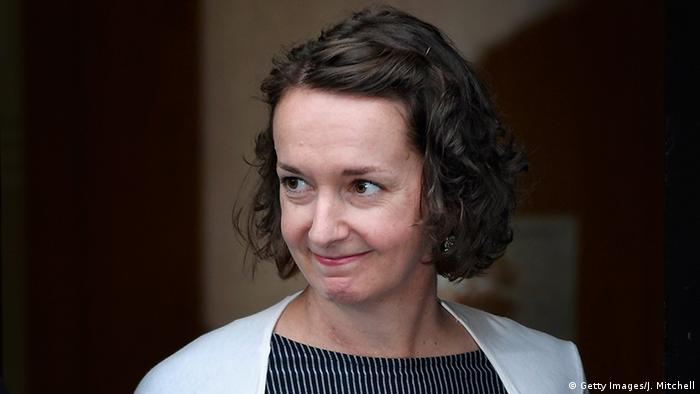 A Scottish nurse who recovered from Ebola was cleared of any wrongdoing by a disciplinary panel on Wednesday. Pauline Cafferkey, 40, had been accused of lying to officials about the state of her health when she returned to Britain from Sierra Leone in 2014.

The Nursing and Midwifery Council (NMC) launched the hearing against Cafferkey over allegations she misled doctors about having a fever when she was screened in London upon arrival from western Africa.

A high temperature is one of the first indications that a patient has contracted the highly contagious disease.

After her stint at an isolation ward for Ebola victims in Sierra Leone, Cafferkey flew to Heathrow Airport in December 2014 without knowing she had become infected herself. A legally mandated health screening showed her temperature to be 38.2 degrees Celsius, which would have required immediate further testing, but it was recorded as 37.2 degrees.

Cafferkey was accused of knowingly allowing the lower temperature to be recorded and continuing home to Glasgow. She was diagnosed the next day and eventually recovered, though she has had to be readmitted to a local hospital twice following relapses.

Panel: No evidence of misconduct

The independent panel in Edinburgh found that "compelling and clear medical evidence" showed that the nurse had been too unwell at the time to think clearly and make informed decisions.

"In your diminished medical state you were swept along by events," the committee said.

Cafferkey's lawyer said that her client would "never knowingly" put other lives at risk, adding that she was immensely relieved the "stressful and upsetting" investigation was at an end, and that she would be allowed to continue practicing as a nurse.

Ebola RNA can remain in semen for hundreds of days

Ebola virus particles have been found to remain present in semen for 565 days after recovery from the disease. A new study has highlighted the potential role of sex in sparking another outbreak, researchers report. (31.08.2016)

WHO elects new chief to beef up health emergencies unit

The World Health Organization (WHO) has named a chief to head up its new health emergencies unit. The UN agency was criticized for its response to the Ebola outbreak in West Africa, prompting it to set up the new unit. (28.06.2016)

From now on, protecting security in Liberia is back in the hands of the country's own security forces. The UN's UNMIL mission that did the job for the last 13 years will now play only a small support role. (30.06.2016)