Britain After Sept. 11: Security Versus Civil Liberties | Europe | News and current affairs from around the continent | DW | 05.09.2006

In the five years since the Sept.11, 2001 terror attacks on the US, Britain has itself become both a victim of terror and the legislation brought in to secure it from further attacks. 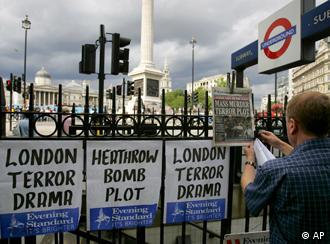 Since Sept. 11, Britain has seen a sharp increase in terror alerts and tougher laws

"Here in this country and in other nations round the world, laws will be changed, not to deny basic liberties but to prevent their abuse and protect the most basic liberty of all: freedom from terror. New extradition laws will be introduced; new rules to ensure asylum is not a front for terrorist entry. This country is proud of its tradition in giving asylum to those fleeing tyranny. We will always do so. But we have a duty to protect the system from abuse. It must be overhauled radically so that from now on, those who abide by the rules get help and those that don't, can no longer play the system to gain unfair advantage over others." -- British Prime Minister Tony Blair at the Labour Party Conference, Oct. 2, 2001.

In the wake of the Sept.11 terrorist attacks on the United States, Tony Blair pledged on the behalf of Britain to fight "shoulder to shoulder" with its trans-Atlantic ally in its newly proclaimed "war on terror." While committing troops to the US-led campaign against al Qaeda and its Taliban supporters in Afghanistan, Blair began another battle on the domestic front: securing Britain and soothing the fears of a rattled nation.

Both the US and Britain saw a flurry of legislation aimed at improving security after Sept.11. Washington brought in the draconian Patriot Act and in the UK, the Labour Party introduced the Anti-Terrorism, Crime and Security Act (ATCSA) in 2001.

In the atmosphere of anxiety that engulfed Britain immediately after Sept. 11, this was seen as a strengthening of the government's hand and, as this power had been a long-standing feature of Britain's immigration law and was specifically exempted in Article 5 of the 1950 European Convention on Human Rights (ECHR), it was accepted as being a relatively uncontroversial necessity.

The passing of the ATCSA meant that for the first time since the end of World War II, the British government had the power to detain a suspect indefinitely without charge, and, crucially, without the detainee having the opportunity of answering the evidence by which the detention was justified. The government argued that to present the evidence in open court would be a threat to national security and the on-going work of the intelligence services. 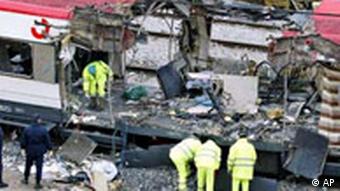 The tremors from Madrid were felt strongly in Britain

Europe's worst terror attack to date, the devastating attacks on Madrid on March 11, 2004 which claimed 192 lives and injured 2,050, rocked the continent. The shockwaves were especially strong in Britain. The attacks in Spain were held up as evidence of a flawed policy in Iraq and the wider fight against terrorism by those in opposition to the war. In Britain, along with Spain a main supporter in both, fear of retribution on home soil heightened.

The attacks in Madrid called for more action in the UK. After being defeated by the Law Lords, the judicial section of the House of Lords who, in December 2004, ruled that the detention of nine terrorism suspects held without charge under the ATCSA was unlawful and against the ECHR, Blair reacted with the introduction of more anti-terror measures. The new Prevention of Terrorism Act was presented to parliament in February 2005.

Building on the restrictions of the ATCSA and constructed in such a way as to avoid a second defeat by the Law Lords, the act was brought in to give the home secretary, then Charles Clarke, even stronger powers in regard to detention of suspects. 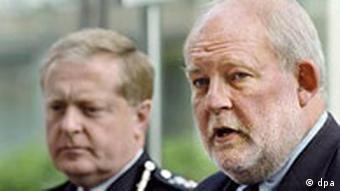 The act allowed Clarke to issue "control orders" for people he suspected of involvement in terrorism, including placing them under house arrest, restricting their access to mobile telephones and the Internet and requiring that visitors be named in advance so that they may be vetted by the secret services.

The act faced substantial opposition and was amended a number of times before being adopted with a "sunset" clause that it would be reviewed in a year. (In February 2006, the home secretary announced that a review was unnecessary at the time and postponed it until 2007.)

Blair defended the Prevention of Terrorism Act by arguing that protecting the country from terrorism was the single most important role of government, and that everything else, including preserving the tradition of individual liberty, was secondary.

Despite the increased security and regulations, terrorists attacked London on July 7, 2005, killing 52 people and injuring over 700 in four suicide bombings on the capital's transport system.

The threat was now very real to Britain. It had devastating evidence that it was not immune to terrorist attack and as a consequence, heightened security and legislation were once more advocated. As a result, the highly controversial Terrorism Act 2006 came into being. 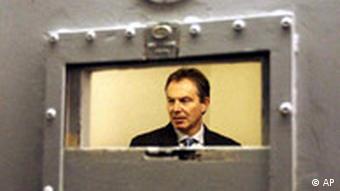 Blair wants terror suspects to be detained for 90 days

The act created new offenses related to terrorism, including the condoning or glorifying of terrorism, and amended existing ones. The most controversial part was the increase in detention without trial to 90 days from 14 as stipulated in the Terrorism Act 2000. This brought about Tony Blair's first defeat on the floor of the House of Commons and the detention limit was set at 28 days, a ruling which came into force on July 25, 2006.

British counterterrorism officials claim to have foiled a dozen or so attacks since Sept. 11 --four of them just in the past year. The British government maintains that legislation and extended powers have contributed to making Britain safer. Human rights and civil liberty groups continue to ask if the restriction of freedom in the UK is still too high a price to pay for security while a recent ICM/Guardian-backed survey found that 73 percent of Brits would happily hand over their civil liberties in exchange for better security against terrorist attacks.

"The Level of Risk is Not a Fiction, It's a Reality"

The British government has put its faith in anti-terrorism legislation since 9/11. Lord Carlile of Berriew, the independent reviewer of terror legislation, talked to DW-WORLD.DE about fighting terror with the law.

Five Years On: How Sept. 11 Changed the World

Click here to return to DW-WORLD.DE's special dossier on the fifth anniversary of Sept. 11.

The British government's response to the increased terror threat with more stringent legislation has been criticized by civil liberty groups. Phillippa Hayward from Liberty spoke to DW-WORLD.DE about the concerns.