The BRICS nations are in agreement on one thing — their increasing opposition to the US. Yet they have developed in different ways and at times pursue divergent interests. Brazilian President Jair Bolsonaro said the BRICS summit in Brasilia this week was like a meeting of old friends. Indeed, the collected leaders do share a common gender and age group: The presidents of Brazil, Russia, India, China and South Africa are all over 60. But the leaders were hard pressed to find any more in common at their most recent meeting.

Criticizing the US — but not too loudly

The summit's final communique expressed agreement in fostering multilateralism, rejecting protectionism and increasing trade within the bloc. Each point was an indirect criticism of US President Donald Trump — but only indirect, as Brazil's right-wing president is a big Trump fan and the US is also a strategic trading partner for India.

The situation illustrates the fact that conflicts of interest are increasing within the bloc at the same time as the importance of the economic collaboration between these fast-growing developing economies has begun to wane.

It was Jim O'Neill, chief economist at the investment bank Goldman Sachs, who grouped the growing economies of Brazil, Russia, India and China together under the BRIC acronym in the year 2001. For political reasons South Africa was dubbed the Africa representative to the bloc in 2010. Yet the group, which represents roughly 40% of the world's population and about one-third of global economic output, has become increasingly disparate since then.

Read more: Have the BRICS hit a wall?

Left behind by China and India

O'Neill's original descriptions of the division of labor within the bloc still hold true today: China is the world economy's "factory," India its "service provider," Brazil its "grocery store" and Russia its "gas station.” Yet China and India have grown dramatically, leaving the other BRICS partners behind. According to the International Monetary Fund (IMF), their share of the global economy has grown from 12% to 27% since 2001. 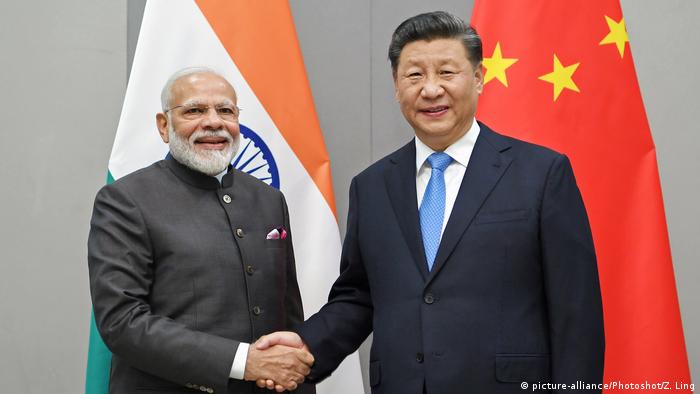 In contrast, Brazil, Russia and South Africa have lost ground, dropping from 7% to 6% during that same time. After years of crisis, Brazil and South Africa have maintained their roles as regional powers on the margins of the global economy. Russia, however, has firmly cemented its role as the military powerhouse within the bloc.

But the fact that the group's leaders made the long journey to Brazil despite divergent interests shows just how much importance they still attach to the idea of the group as an alternative geopolitical power.

Every man for himself

Chinese President Xi Jinping criticized the trend toward protectionism, saying it was creating a drag on trade and investment. While in Brazil, he took the opportunity to present himself as a market economist, climate champion and promoter of the global digital economy — apparently as an alternative to Trump. 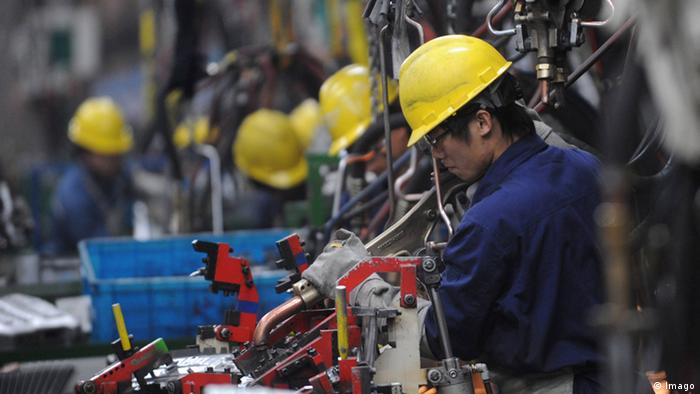 As an industrial powerhouse, China remains the world's "factory"

Russian President Vladimir Putin, whose country's economy is suffering under EU sanctions, declared his interest in strengthening international cooperation in the pharmaceutical, aerospace, IT and nuclear sectors. Indian Prime Minister Narendra Modi, for his part, is keen on expanding trade within the bloc.

Host Jair Bolsonaro was conspicuously restrained when it came to expressing his political opinions during the summit. His fawning over Chinese President Xi was also very much on display. Just one year ago, while Bolsonaro was campaigning for his current position, he decried Chinese expansion in Brazil. But now he is grateful that Chinese energy companies helped save a recent call for bids to develop Brazilian oil fields from turning into a fiasco.

Xi was magnanimous in Brasilia, announcing a $100 billion (€91 billion) investment fund that he will provide for Brazilian infrastructure projects. He said China will put up the first $15 billion as soon as Brazil can show it has $5 billion of its own to invest.