Brexit could be pushed back until 2019: report

The British newspaper The Sunday Times has reported that officials are warning of a potential delay in the UK's leaving the EU. Prime Minister Theresa May is expected to kick-start negotiations soon. 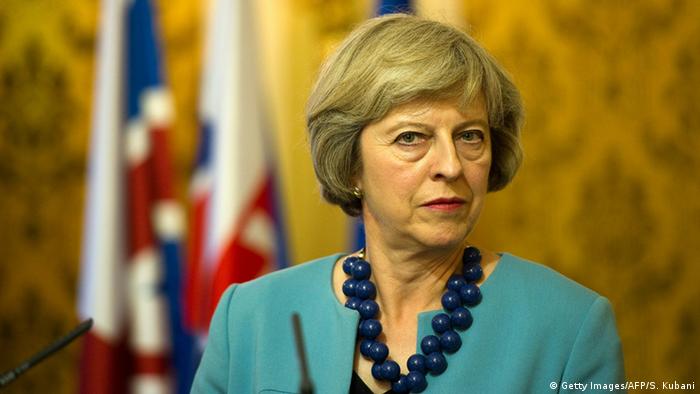 Ministers have warned that the UK could take longer to leave the EU than expected, even as Prime Minister Theresa May prepares to trigger Article 50 of the Lisbon Treaty, which would begin the process.

The prime minister had been expected to begin the negotiations in early 2017. However, the Sunday Times reported that some within the government are suggesting May might wait until autumn of that year to start the two-year process, effectively pushing back the UK's departure from the EU until late 2019.

"They don't have the infrastructure for the people they need to hire. They say they don't even know the right questions to ask when they finally begin bargaining with Europe," one source in London told the newspaper.

Another source said Brexit negotiations were further complicated by the fact that Germany and France will be holding major elections next year.

France is slated to hold presidential election rounds in April and May, and Germany is due to hold its general election in the fall.

Meanwhile, the minister in charge of negotiations, David Davis, has reportedly hired only a fraction of the staff needed to fill a department devoted to carrying out the Brexit, which was created under May.

Britons across different industries are already feeling the effects of the Brexit vote. The construction sector has been hit particularly hard. Workers have been laid off. Samira Shackle reports from London. (12.08.2016)

Scottish First Minister, Nicola Sturgeon, has traveled to the German capital to meet with Germany's Europe Minister, Michael Roth. Top of the agenda was the UK's vote to leave the European Union. (09.08.2016)

Despite being a UK Labour member of parliament, German-born Gisela Stuart was a leading figure in the campaign for Britain to leave the European Union. Her decision raised eyebrows, particularly from those in Germany. (08.08.2016)