Washing breakfast down with a cup of coffee before heading to work is one way to avoid Type 2 diabetes, according to two new studies published ahead of World Diabetes Day. 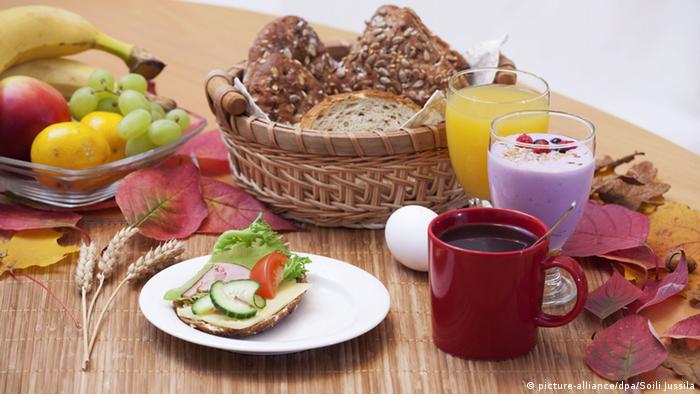 People who forgo breakfast also tend to have an unhealthy diet throughout the day. Perhaps they snack on something sweet to stave off the hunger, or they may be more inclined to smoke than someone whose stomach is busy digesting whole-grain bread or cereal.

That's one of the conclusions from a new epidemiological study led by Sabrina Schlesinger of the German Diabetes Center (DDZ),  and published in theThe Journal of Nutrition. 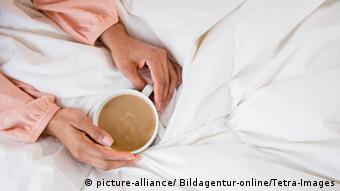 A coffee in bed before heading to work? It might be better eat some whole-grain cereal first

The nutritionists analyzed data from 96,175 participants, of whom 4,935 developed Type 2 diabetes during the course of the study.

They found that obese people tended to skip their breakfast more frequently than those who were not obese. Obesity is an important risk factor in the development of this form of diabetes.

So, it seems it's important to always eat a good breakfast. But what should you drink for breakfast? Water, orange juice or perhaps a tea?

Coffee is best the option, according to a metastudy by the Institute for Scientific Information on Coffee (ISIC).

This result, however, doesn't come as a surprise. After all, six large European coffee companies finance the institute.

But the ISIC works independently and scientifically with universities and prepared its report for the annual meeting of the European Society for Diabetes Studies (EASD), which took place in Berlin at the beginning of October.

Antioxidative and anti-inflammatory agents in coffee

The report concluded that coffee can reduce the risk of Type 2 diabetes by 25 percent.

Mattias Carlström, who teaches medicine and pharmacology at the Karolinska Institute in Stockholm, evaluated 30 individual studies with 1,185,210 participants.

Kjeld Hermansen, who helped research the report and is a medical professor at Denmark's University Hospital in Aarhus, said the bitter brew's protective effect is down to its antioxidant components. Coffee helps reduce inflammation and, being a warm drink, also stimulates the stomach's metabolic activity and microbiome.

Hermansen recommended three to four cups of coffee a day — for both women and men. And anyone who doesn't want to pay for the mentioned health benefits with tachycardia — a common type of heart rhythm disorder — and high blood pressure, can simply drink decaffeinated coffee. It works just as well.