Brazil's President Rousseff cannot be impeached under current proceedings, the country's top court has ruled. The judges decided that a new vote on impeachment must be held, with the Senate taking the final decision. 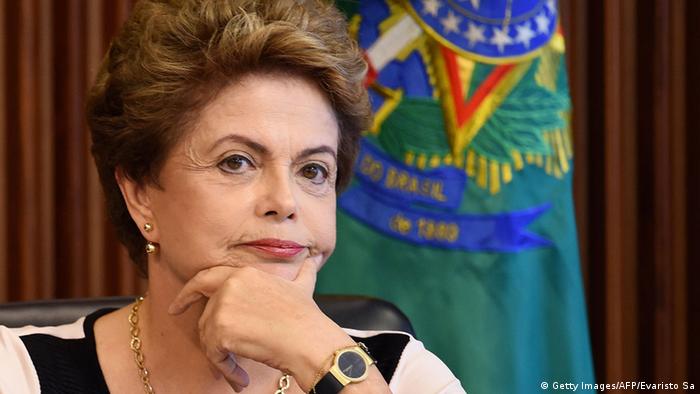 The judges invalidated an impeachment commission established by secret ballot earlier this month in the opposition-controlled lower house, ordering that a new, open vote be cast and that the upper house Senate - where Rousseff has more supporters - have the final say in the matter.

"It would be illogical for the Senate to act as a rubber stamp and execute whatever the lower house determines," said Judge Roberto Barroso after the 8-3 decision.

Not even a full year into her second term in office, Rousseff has faced charges of massive corruption as more information surfaces about the connections between state-owned oil giant Petrobras and politicians during her time chairing the board of directors.

Although she has been cleared of any charges relating to the Petrobras bribery scandal, her approval rating has sunk to an abysmal nine percent.

To add to the president's problems, ratings agency Fitch cut the nation's sovereign debt rating to junk status on Wednesday, a major blow to the world's seventh-largest economy.

Some 50,000 supporters took to the streets on Wednesday to show their support for the president, the first sign of solidarity with the government since opposition lawmaker Eduardo Cunha moved to start impeachment proceedings on December 2.