′Boycott Sochi Olympics in the name of Syria′ | News and current affairs from Germany and around the world | DW | 21.06.2012

'Boycott Sochi Olympics in the name of Syria'

While a military intervention in Syria is highly unlikely, Moscow’s support for Assad must be stopped. An international boycott of the Sochi Olympics would make Russia pay a price, writes Kyle Matthews. 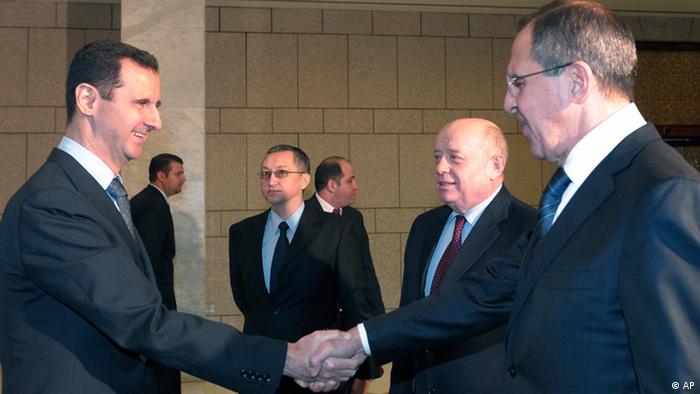 Kyle Matthews is the Senior Deputy Director of the The Will to Intervene Project at the Montreal Institute for Genocide and Human Rights Studies at Concordia University.

In April of 2012, President Barack Obama delivered a speech at the United States Holocaust Memorial Museum in which he announced a series of bold policy initiatives to make the US a world leader in the prevention of genocide and mass atrocities crimes.

Stating that "national sovereignty is never a license to slaughter your own people," Obama let it be known that "with allies and partners, we will keep increasing the pressure, with a diplomatic effort to further isolate Assad and his regime, so that those who stick with Assad know they are making a losing bet." Geopolitical analysts overwhelmingly concurred that this message was primarily directed at Russia. 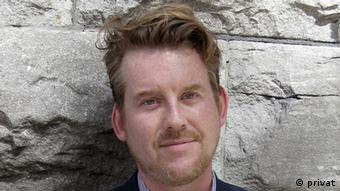 Two months later on the sidelines of the G20 meeting in Mexico this week, Obama had a tête-a-tête with Russian President Vladimir Putin. While multiple issues were discussed, the focus of their talk was Syria.

Although many were hoping for a breakthrough in which Russia would change its position and stop delivering new weaponry to Syrian President Bashar-al-Assad, the body language displayed between these two leaders left no doubt that Moscow and Washington remain in complete disagreement as to what measures should be introduced to halt the bloodshed.

With each passing day Syria marches toward the brink of civil war and further crimes against humanity become more and more likely. Since the crisis erupted more than 16 months ago, the United Nations estimates that a minimum of 10,000 Syrians have died and many more forcefully displaced.

The real figures are most likely to be much higher given that the UN Supervision Mission in Syria, an unarmed monitoring group, is unable to access many parts of the country and due to a deteriorating security situation has recently decided to cease its operations.

The city of Homs continues to be shelled on a regular basis by the Syrian military and pro-Assad militia groups. As the crisis intensifies, it becomes more and more difficult not to compare the attacks on Homs to the siege of Sarajevo in the mid-1990s.

When the International Commission for Intervention and State Sovereignty was formed shortly after the 1999 NATO intervention in Kosovo, there appeared to be a growing consensus among the international community that past failures to protect civilians from genocide in the 1990s would not be repeated in the future. Dithering by the UN Security Council in the face of looming mass atrocities would no longer be tolerated.

The lessons learned from failing to take action to halt the Rwandan Genocide in 1994 and the subsequent failure regarding the Srebrenica massacre in Bosnia-Herzegovina weighed heavily on the minds of diplomats and politicians in numerous capitals across the globe.

In 2005 the international community endorsed the Responsibility to Protect principles and promised to take collective action when a state is unwilling or unable to protect its citizens from genocide, ethnic cleansing, crimes against humanity and ethnic cleansing.

Fast-forward to 2012 and we are confronted by a predatory regime in Damascus that is being shielded by Russia and China at the UN Security Council. Both countries have twice employed their veto power to block a call for Assad to step down and to impose more coercive economic sanctions.

Worse, Russia has continued to supply arms and helicopter gunships to Assad, despite a plethora of digital evidence (circulated widely on Twitter and YouTube) that the civilian casualty rate is mounting with each passing week.

As Kofi Annan's peace plan now appears to be more of a dream than reality, it becomes abundantly clear that Russia will not live up to its international responsibility to protect and will stop at nothing in its attempt to keep the international community at arms length from Syria.

In fact, Russia appears determined to do its best to keep Assad in power. One key reason for Moscow's reluctance to take action is that if the Assad regime collapses, the country could very well fragment. As a result, Moscow could lose its only Mediterranean naval base located in the Syrian port of Tartus.

It does not seem likely that a military intervention will take place any time soon, nor would it be the best course of action at this point in time.

First, with a presidential election looming in the US, it is doubtful that American military support will be in the offing in the short term.

Second, without the approval of the UN Security Council, coercive force would be illegal according to international law.

Third, with Russian military power deployed in Tartus and Iranian military officers advising the Syrian army, to say nothing of the large stockpiles of chemical weapons stored throughout the country, any intervention could potentially lead to a regional conflict.

Increasing the pressure on Russia

Perhaps the best approach would be to raise the stakes for Russia, just high enough that Putin will blink and reign in Assad. A large group of countries announcing they intend to boycott the upcoming Sochi Olympics could have a lasting impact.

Putin's iron clad hold on Russia has weakened since his re-election, while allegations of corruption and authoritarianism have led to massive demonstrations in response. His support domestically is not as strong as it once was.

A unified boycott of Sochi in the name of Syria could add an international voice to the chorus of discontent threatening to undermine his authority. While this strategy would take courage, it should be discussed by the international community as a possible way to exert pressure on a country that is enabling crimes against humanity in Syria.

The UN High Commissioner for Refugees has registered a record number of people leaving their homes in the wake of conflicts and unrest. UNHCR spokesperson Melissa Fleming says the burdens are not evenly divided. (20.06.2012)

China, Russia and the US agree that a civil war in Syria is not in their interests, but have been unable to agree on a transition plan. The head of the UN observers, meanwhile, says his personnel have been fired on. (20.06.2012)