Accused US army deserter Sergeant Bowe Bergdahl's story is being told on US podcast Serial in its second season. Bergdahl was held by the Afghan Taliban for five years. 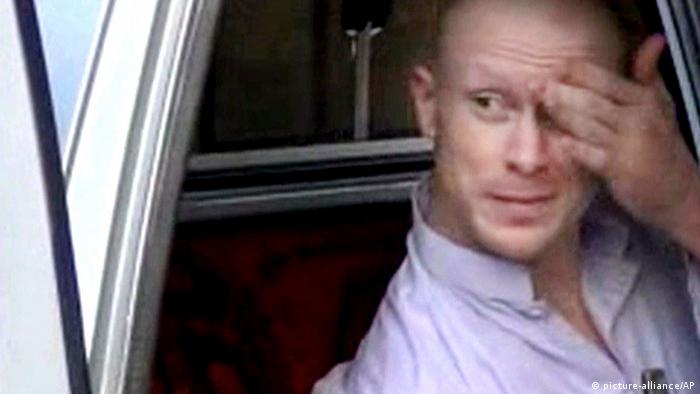 In the first episode of the Serial podcast which was launched on Thursday, Bergdahl says he left his post to draw attention to "leadership failure" in his unit.

"What I was seeing from my first unit all the way up into Afghanistan, all I was seeing was leadership failure," Bergdahl said.

The interview provides the first public comments that Bergdahl has made since he was exchanged in a prisoner swap in May 2014 for five Taliban detainees in Guantanamo Bay, Cuba.

In the series of interviews, screenwriter Mark Boal allows Bergdahl to explain in his own words why he left his base - prompting a manhunt involving thousands of troops. He is also to speak about the five years he spent in brutal captivity under the Taliban.

Boal met Bergdahl a few months after the sergeant returned to the US. He shared about 25 hours of the recorded interviews with Sarah Koenig for the podcast Serial, which established podcasts as a viable outlet when the first season was downloaded more than 100 million times. Boal wrote the scripts for "The Hurt Locker" and "Zero Dark Thirty."

Bergdahl said he left his post in 2009 in Afghanistan in order to create a crisis which would get an audience with high-level commanders, so he could describe what he saw as leadership problems that could endanger troops.

Bergdahl's chief defense lawyer, Eugene R. Fidell, said earlier this week: "We have asked from the beginning that everyone withhold judgment on Sergeant Bergdahl's case until they know the facts. The ‘Serial' podcast, like the preliminary hearing conducted in September, is a step in the right direction."

The 29-year-old sergeant is currently stationed as a clerk at Fort Sam Houston in Texas, waiting to hear if he will be court-martialed for desertion and misbehavior in front of the enemy. He faces a sentence of up to life in prison if convicted.

Bergdahl charged with desertion and misbehavior

Bowe Bergdahl has been charged in connection with his disappearance from the US Army in Afghanistan. The former prisoner of war was captured by the Taliban and placed under investigation on his release last year. (25.03.2015)