The Bayreuth Festival means sore bottoms and fashion faux-pas - so why do so many bother going? DW's Kate Bowen went to the Wagner capital to find out. 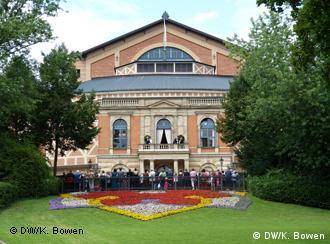 The Green Hill really is green

"Wagner isn't really my thing," said the waitress at the small café, which serves lattes in pink mugs across from Bayreuth's main train station. As a Bayreuth native she had grown up in the shadow of the maestro.

I'm not sure I've ever actually heard anyone admit that Wagner is their thing. So, given that the 30-day opera marathon is celebrating its 100th edition this year, there must be plenty of other draws to the tiny Franconian village of Bayreuth. 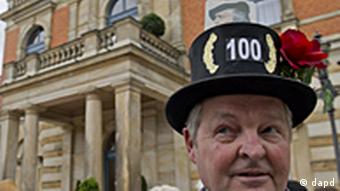 The die-hard fans may actually come for the music

However, as I discovered on my first visit during premiere week, there are actually plenty of reasons not to enjoy the Bayreuth Festival.

Firstly, there is the theater. Or, more specifically, the seats in the theater. Try to imagine how your rear end would feel after taking a train from Madrid to Siberia. That's how mine felt - after the first act. And there are three.

Not only would the wooden folding chairs give your chiropractor nightmares, the fact that your cliché opera diva wouldn't even fit in one means you get to know your neighbor frighteningly well during the six-to-seven-hour affair.

While I don't doubt that this may have led to a romance or two since the first Bayreuth Festival in 1876, any chance of that was scratched when my long-legged, broad-elbowed neighbor asked before the overture whether I was a Democrat or a Republican. Indeed, Wagner is no stranger to political statements (his politics having sullied his reputation as a composer), but the immediate personal intrusion was a bad omen for the long evening.

Before the third act I found out that my neighbor, a repeat Bayreuth-goer, preferred Queen Elizabeth to the pope and had once sent a bouquet of roses to his favorite soprano. But apart from pretending to focus his non-existent opera glasses throughout the entire performance, I was grateful that the annoyances remained at a minimum. 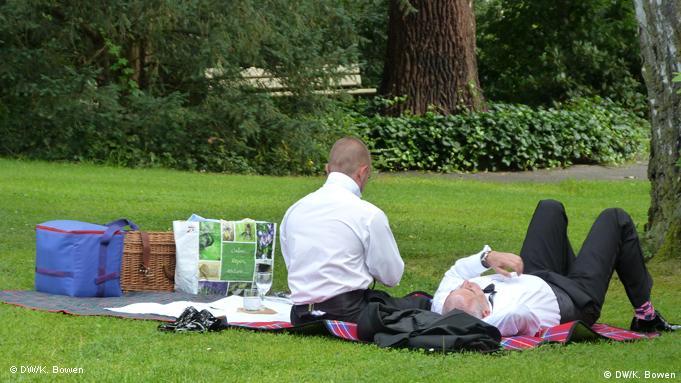 Can I have a bite, please?

Then there is the food. After a long day of traveling to Bayreuth, I became hungry. Bad idea.

Admittedly, Bavaria (where Bayreuth is located) is better known for Weisswurst sausages and soft pretzels than for anything containing vitamins. By the first intermission on the warm July evening, I was dying for something both refreshing and filling and would have gladly paid the exorbitant Bayreuth prices for a chicken salad, especially considering I had nearly five more hours to go.

When I spotted a few people unpacking picnic baskets on the lawn in the front of the theater - while wearing elegant evening gowns and tuxedos and sprawled out on the grass as if out of a Renoir painting -, it dawned on me that no one had groped through my bag at the door like they do at the movie theater. Clever Bayreuth veterans! Whether they might share a bit of their chicken salad?

Two lengthy intermissions allow for plenty of opportunity to extensively observe the third downside of the Bayreuth Festival: the fashion faux-pas. As one of the largest see-and-be-seen events in the music world, there is, well, plenty to see - but a good 80 percent of it you'd probably rather not. 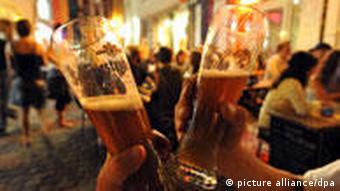 The third time is the charm

There are those who must have been so eager for a chance to put on the Ritz that they dove off the deep-end, with hideous flower and gem-studded bodices, and big-bellied middle-aged women in stretchy fluorescent tops three sizes too small.

At the other end of the spectrum were those who never intended to make a conspicuous fashion statement, but did so nevertheless by means of major no-goes like reinforced-toe stockings with sandals or Teva's with a sport coat.

Don't fool yourself: There is no hiding at Bayreuth.

Despite all the reasons not to go to the Green Hill, people still do. Sure, they want to be scandalized yet again by naked penises on stage and they think booing at a production by Wagner's great-granddaughter Katharina makes them look like opera experts.

It wasn't until the third act of "Meistersinger of Nuremberg" - where one passionate aria follows the next in the climax of the self-mocking comedy that pokes fun at art in general and the old German masters in particular - that it became clear. Wagner's extraordinary melodies and thick orchestrations are timeless and accessible, to the booer, the picnicker, and the stockings-with-sandals wearer.

A German friend of mine recently said that the first two beers always taste bad - but, after that, beer is great. And obviously no German man would ever let anyone notice he's not enjoying the first couple of brewskis.

Wagner is the same. So I guess it's a good thing his operas have at least three acts.

Before you go to the Bayreuth Festival yourself, click on the link below to read my survival tips.