Botswana's 2019 election: A baptism of fire for democracy

The ruling Botswana Democratic Party could see its first defeat at the polls since independence in 1966. What would a changeover of power mean for Africa's model democracy? 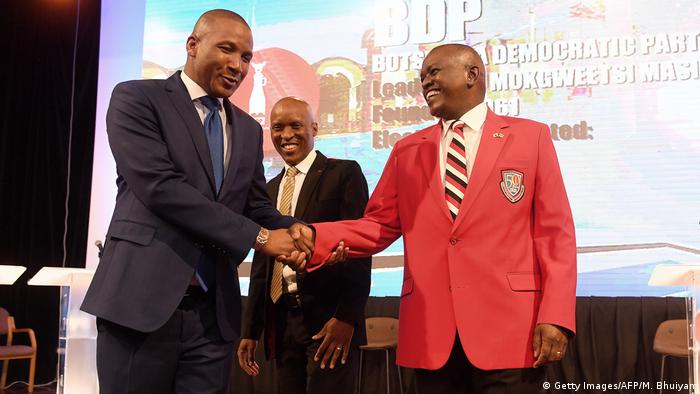 Botswana is often hailed as the "sparkling diamond" among Africa's democracies. The diamond-rich country in southern Africa has for decades been one of the most stable nations on the continent. Changes in government have always been very peaceful, notes Gladys Mokhawa, a political scientist at the University of Botswana in the capital Gaborone. That is due in particular to the political tradition of Botswana. Usually, the president resigns a year and a half before the end of the second term of office and hands the leadership of the party and government over to a designated successor to ensure a smooth transition of power.

But in the run-up to October 23 general election a fierce power struggle erupted within the ruling Botswana Democratic Party (BDP) and the head of state prematurely handed over office to a successor. In April 2018, Ian Khama was replaced as president by his chosen successor Mokgweetsi Masisi. Shortly thereafter, however, the two had a falling out, with each accusing the other of acting autocratically. Their mudslinging poisoned the atmosphere within the BDP. 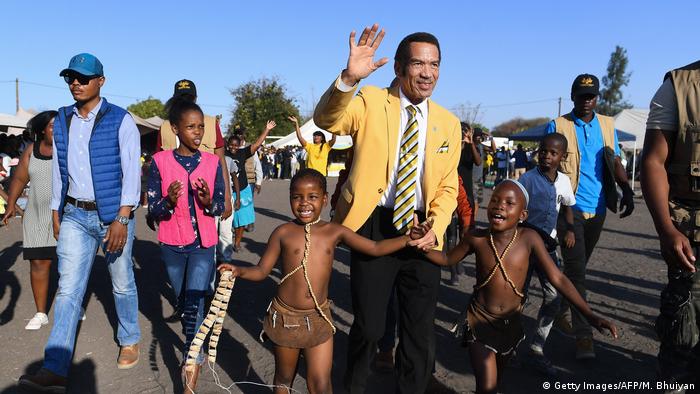 A first real chance for the opposition

The Khama-Masisi conflict could lead to a first victory at the polls for the opposition since Botswana won independence from Britain in 1966. The rift between the former allies went so deep that Khama broke with the BDP in May and, along with his brother, now supports the newly-formed Botswana Patriotic Front (BPF).

At the same time, the ex-president — whose father Seretse Khama was a BDP founder — sought closer ties with the opposition coalition Umbrella for Democratic Change (UDC) in a bid to challenge Masisi in the election. If Ian Khama succeeds, it will spell the first defeat at the polls for the BDP in 53 years.

The possible outcome of the election is still open, however. It remains unclear clear who can bank on votes in favor of Khama. There is no clarity as to which party the former president actually belongs to, according to Gladys Mokhawa. The former president never officially quit the BDP. Within the opposition, some are upset that Khama has campaigned for the left wing UDC.

"Duma Boko was criticized as the leader of the UDC to allow Khama to endorse the UDC and to continue to move with them around rallies," says Mokhwana. Boko was a leading critic of the Khama administration.

The country's second biggest union, the Botswana Federation of Public Sector Unions (BOFEPUSU) — traditional supporters of the UDC — abstained this year from making any recommendation for the vote. It said in a press statement that it was taking a neutral stance and not aligning with any political formation. Khama's support for the UDC could therefore scare off traditional opposition supporters. Masisi's leadership was not badly received among Botswana's people, says Mokhawa, even though some regard it as populist. In the view of Matthias Basedau of the Hamburg-based German Institute of Global and Area Studies (GIGA), Khama was very popular in his home region. "If he steps out against the BDP in this constituency, the BDP would take votes away," the political scientist says.

That the outcome of the election is so hard to predict is due also in part to Botswana's electoral system, which is based on the British majority voting system. A first-past-the-post system is used in 57 single-member of parliament voting districts. Six more members come out of the ruling party. In the 2014 election, that system helped the BDP to obtain the majority of the seats in Parliament, although the opposition jointly won more than 50% of the vote. After the parliamentary election, the  president is elected by the National Assembly.

Institutional reform is badly needed in Botswana, says Ulrich Golaszinski, the head of the Friedrich Ebert Foundation in Gaborone. The economy has not diversified. "The window of opportunity for that has closed," the Africa expert says. Society has developed while the political system lags behind.

Yet one should not overlook the positive. "After independence and out of nothing a parliamentary democracy was built, with all the necessary institutions such as parliament and an independent judiciary, an executive and independent bureaucracy," says Golaszinski. Moreover, the governments have always been honest. Revenues from mining, especially of diamonds, have been used to build the country. "Some political scientists then only would talk about a "real democracy, when one or two exchanges of power have taken place." 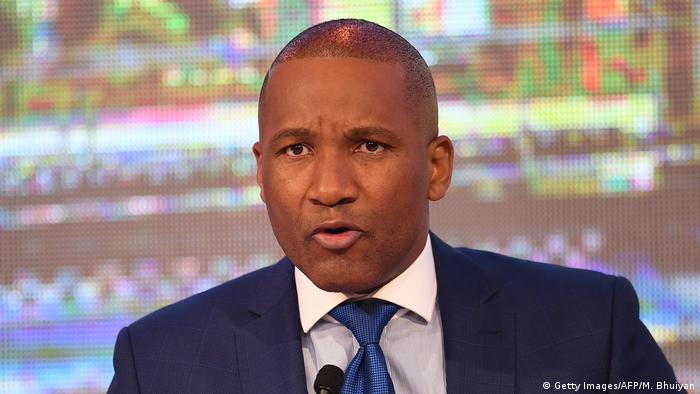 The current situation is quite uncharacteristic of Botswana, says Gladys Mokhawa. "Obviously, you've clearly got a transfer of power from one regime to the other, from one leader to the other, not being as smooth as the transfer that we are used to," she says. But experts agree that the rift between Khama and Masisi has left the political system unscathed. On the contrary: the political analyst Matthias Basedau is of the view that the democracy will in fact be strengthened by it." In a sense, Botswana's democracy is still in its infancy and can now be tested for maturity.

Diamond-rich Botswana has offered to lend neighboring Zimbabwe $95 million in private sector loans to help ease its economic crisis. It's rare for an African country to offer such a deal. (01.03.2019)

Mooketsi Kgotlele, the former head of the Botswana Football Association, has been banned for life for accepting bribes in relation to international matches. Which games were concerned remains a mystery. (23.07.2019)

At first sight Botswana’s 50 years of independence look like a success story. But it pays to take a closer look, not least at its treatment of its indigenous people. (30.09.2016)